Esquire Horseplayers Episode 4 Recap; Del Mar Destiny: Horseplayers kicks off episode 4 with the handicappers at the Del Mar Race Track in San Diego, California. Team Rotondo takes a break from racing this episode with a family vacation in Saratoga, NY, giving viewers a glimpse into their personal lives making Team Rotondo more endearing to their viewers. The rest of the handicappers however, do not have the weekend off as they are all, with the exception of Cowboy Cox who already won his spot, still vying for a spot in Las Vegas for a major handicapping tournament. 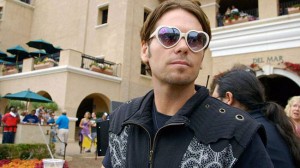 “What separates the men from the boys in tournaments is the ability to bet fearlessly.”
~Christian Hellmers
Photo: Horseplayers facebook

In the tournament at Del Mar there is a big buy in at $6,000 taking newcomer Matt Bernier out of the official competition as he was unable to front the cash. There was a nice camaraderie with Bernier as the newbie with the more experienced bankrolled handicappers showing him the ropes. In one scene a woman in a bar asks if he was a handicapper in training and Bernier responding that he would like to consider himself an actual handicapper. Well, Bernier certainly proved in this episode that he is an official handicapper. Although he only walked away with $400+ in winnings, as he shadows the competition, it turns out that had he officially entered the tournament he would have come out in 1st place and a secured seat in Vegas. Perhaps this not only gives Bernier confidence in his handicapping, but proves to everyone else that he has serious skill to look out for.

Christian Hellman, took a big risk at Del Mar betting $4500 on one horse; he bet his entire bankroll saying, “you gotta take big risks because you have to put yourself in the position to win, and the thing is, most people don’t take risks because they’re afraid to lose their money.”

Unfortunately, Hellman’s big risk did not pay off for him, not only taking away his $6,000 entry fee, but also still unable to capture a seat at the Vegas tournament.

Kevin “Cowboy” Cox came to Del Mar every bit as confident as usual, and again, proves that he is a contender to be reckoned with. Although he came in seventh place, he had nothing to lose since he already won a seat in Vegas, and he actually walked away with $1,000+ in winnings. Michael Beychok even acknowledged that Cox is, “one of the hottest handicappers in America right now, he’s won more contests and money than anybody in the past month.”

While this fact as well as Cox’s confidence perhaps rubs other handicappers the wrong way, Beychok seemed to be friendly and supportive of Cox and of all of his competitors. Viewers will have to wait and see what will come of Beychok. He still needs a seat at Vegas and as he stated needs to “take control and redeem my title as National Handicapping Champion.”

Unfortunately, handicapper John Conte was also unable to get a place in Vegas coming in 36th place at Del Mar, but there are still more chances for all of the handicappers and viewers will have to wait and see how everything plays out.

Gotham Stakes; Eleven Ready To Duke It Out

Ihtimal took the win at the 2014 UAE Oaks Stakes 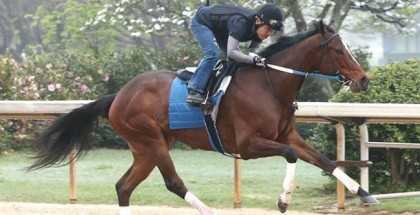 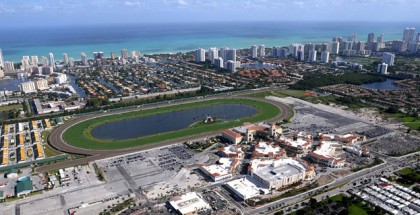 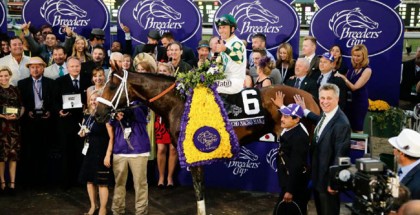