Home » News » Gotham Stakes; Eleven Ready To Duke It Out

Gotham Stakes; Eleven Ready To Duke It Out

Gotham Stakes; Eleven Ready To Duke It Out: The 2014 Gotham Stakes is set to take place Saturday, March 1st, 2014 at the Aqueduct Oval in Queens, New York. This (GIII) event has a prize of $500,000 for 3 year-olds running 1 1/16 miles on the dirt. The Gotham Stakes is the final local prep to the Wood Memorial Stakes and an official prep race for the Kentucky Derby with points awarded to the top four finishers 50:20:10:5. SEE UPDATED RESULTS 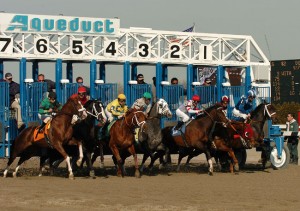 The 2014 Gotham Stakes is the 9th race of the day on a card of 10 with a start time of 4:17 pm EST and follows the other stakes race of the day, the Top Flight Handicap (GII) for fillies and mares, race #8 on Saturday, March 1, 2014.
Photo: Adam Coglianese/NYRA

The race is named for New York City which in years past was often dubbed Gotham City and brings to mind Batman every time I see it. The race was inaugurated in 1953 at Jamaica Racetrack but following the facility’s closure, it was moved to Aqueduct Racetrack in 1960. In 1958, the race was restricted to four-year olds and up. Since it’s inception, the Gotham Stakes has been competed at various distances which are too many to go into. Five jockeys have won this race three times each Jorge Velasquez, Angel Cordero, Jacinto Vasquez, Richard Migliore and Mike Smith. As for trainers, Claude R. McGaughey III (Shug) has won this race three times. A number of Kentucky Derby winners have competed in this race including U.S. Triple Crown winner, Secretariat.

The record holder for speed at the current distance of 1 1/16 miles is I Want Revenge in 2009 at 1:42.65. He was one of my picks for the Kentucky Derby that year as he won the Wood Memorial after the Gotham (mostly because I loved his name) but was subsequently scratched due to injury. They brought him back over a year later to hit a few place/shows/worse but didn’t win a race and was retired. The stakes and track record for a mile is held by Easy Goer at 1:32.40 in 1989. Last years edition was won by Vyjack for Rudy R. Rodriquez in 1:44.09.

The 2014 Gotham Stakes is the 9th race of the day on a card of 10 with a start time of 4:17 pm EST and follows the other stakes race of the day, the Top Flight Handicap (GII) for fillies and mares, race #8.

Gary Contessa seems pretty high on his boy Uncle Sigh to come back for round two against Samraat. Uncle Sigh is out of speedy Indian Charlie but also has some distance in his pedigree from his dam/damsire in Cradlesong/Pine Bluff. He sports a 3:1:2 record and broke his maiden second asking on December 27, 2013 at Aqueduct going a mile and 70 yards on the dirt. Last out, he was a game second to Samraat in the (GIII) Withers Stakes at Aqueduct going this distance of 1 1/16 on February 2nd where he carried the pace for most of the race, gave it up to Samraat, dueled and lost. I must say it was an incredible race to watch and so close. He has some nice works at Belmont on the dirt going 4f in 46.98 on February 24th, 1/119 and breezing 5f on February 27th in 59.91, 1/6. Uncle Sigh breaks from post #3 with Corey Nakatani in the irons.

Call me nutzo but I like the other Richard Violette Jr. trained colt in here, Financial Mogul, if there is an upset. He has strictly ran in (GII) stakes in his last three outings, with the best finish a game second to Cairo Prince on November 3rd, 2013 at Aqueduct in the (GII) Nashua Stakes. Cairo Prince proved to be too much for him in the Holy Bull stakes last out on January 25th, 2014 where he finished 6th after he showed good positioning but flattened out. It was his first start from over a two month layoff, so I expect him to be game with a race behind him and some nice works recently at 5f and a mile on the poly at Fairhill. He has a race record of 5:1:1:0 and the son of Street Boss/Trav n’ Kris/Snow Chief exits post #2 with S. Bridgmohan up to ride.

Samraat hails from the sire Noble Causeway, who also happens to be the sire of his coupled entry stablemate Noble Cornerstone, and out of the mare Little Indian Girl/Indian Charlie, Uncle Sighs Sire. A little round-and-round we go with the pedigree there. After his narrow triumph in the 2014 Withers Stakes where he took over in the stretch in a virtual match race with Uncle Sigh to shake him off in the final stride, his trainer Richard Violette Jr. decided to go for bout #2. With a race record of 4:4:0, he’d be crazy not to. Prior, Samraat won on December 18th, 2013 at Aqueduct on the dirt going a mile and 70 yards in the Damon Runyun Stakes. He recently breezed 1 mile at Palm Meadows on February 22nd in 1:45.00 1/1. Samraat is ready to battle from post # 8 with Jose Ortiz in the saddle again.

Here we go with round #2 of the slug-fest between Uncle Sigh & Samraat. I like both of these horses in here but I’m going with Samraat’s win streak getting busted. I like Uncle Sigh a little more in this race. I think having the one hole in the Withers Stakes forced him to set the pace and he wasn’t very experienced. I look for him to mature from that last effort and there will be early speed in this rematch. I think Uncle Sigh may have a slight advantage this time breaking from post #3 and maybe Corey working out a perfect trip from there. Samraat, increasing in distance in all of this four races seems to be able to carry his speed but how far does he want to go? Uncle Sigh’s pedigree has speed over stamina, plus he is a half brother to marathon stakes runner Percussion and has never finished worse than second in all three of his lifetime starts.

If the pace tanks, which is a good possibility, I think Financial Mogul will be the one for the come-from-behind win. With a race under him, sharp works and a drop in class, he could be live here. I know there is question on him getting the distance being out of Street Boss, but with Snow Chief as his damsire, who won the Preakness in 1986 and has a killer race record, we’ll see if he stays.

I’m going with #3 Uncle Sigh for the win in the 2014 Gotham Stakes. Behind him I like Financial Mogul second with Samraat and Harpoon to fill out the rest of the top four in no particular order. From a wagering standpoint, Uncle Sigh will be overbet. If I wager I’ll play a pick 3 using #2,3,8,11 in one leg of it. Good luck to everyone Saturday and safe run.

Related Links:
What to wear to Aqueduct

Newbie Tip: I was going to write a little about Coupled Entries since we have one here with Noble Cornerstone/Samraat but this explains it much better. Enjoy!
https://www.youtube.com/watch?v=E8mfEpP-MR4 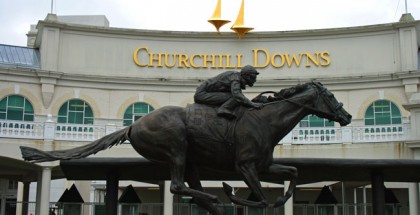 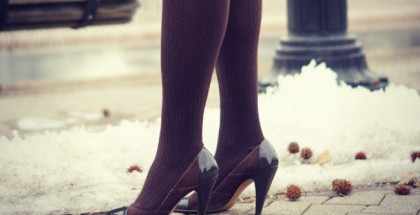 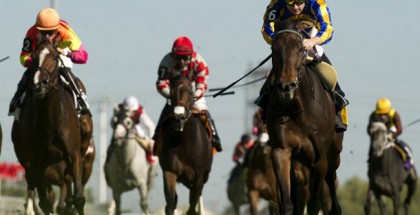 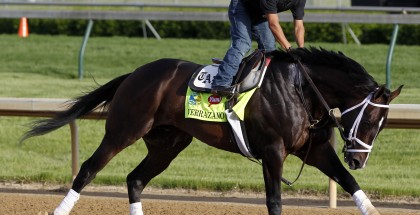