Firing Line Set to Leave Mark on 2015 Sunland Derby: Frequently finishing in the money without winning raises a red flag to handicappers and rightfully so. Some horses often run well without winning because they lack the desire to win. In other cases, they face good horses and just need a bit more luck. Top three-year-old Firing Line competes on Sunday in the nine-furlong Grade III Sunland Derby at Sunland Park, and this colt seeks to answer the question of in which category he belongs. 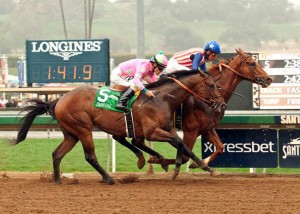 Firing Line (#5) fought hard for the finish before Dortmund prevailed in the Robert B. Lewis Stakes at Santa Anita Park on February 7, 2015.
Photo: Benoit

This prep race offers the winner 50 Kentucky Derby qualifying points which guarantees a spot in the starting gate for that race. Firing Line currently owns eight points and with a win this weekend could own 58 points. He also boasts a 4-1-3-0 record with second-place finishes in the Grade I Los Alamitos Futurity and Grade III Robert B. Lewis.

He ran into the undefeated Dortmund in both of those races. Some handicappers might nitpick over the fact that Firing Line gained the lead in the Robert B. Lewis and then gave it back to Dortmund. But if one habit of Dortmund’s is clear, he always gains ground on the straightaway after losing momentum on the turn. Firing Line’s loss despite a secure lead on the turn speaks more about Dortmund’s lack of nimbleness than anything. Notice that Firing Line defeated the third-place horse by 21 lengths.

Two starts back at Los Alamitos, Firing Line ran a fantastic race while pressuring Mr. Z the entire way. In the stretch drive, Mr. Z started to come out and bother Firing Line while Dortmund benefited from the duel and passed them both. The top three were eight lengths clear of the other two horses, another sign of a quality race.

Without Dortmund, Firing Line can display his talent against lesser horses and take trainer Simon Callaghan and veteran jockey Gary Stevens to the Kentucky Derby. Breaking from the inside against these horses does not change anything as Firing Line possesses the speed and class to break the will of any horse in this field attempting an early confrontation.

Searching for an alternative in this race appears useless as none of the others own the talent to challenge Firing Line. If hoping for an unusual outcome, trainer Bob Baffert will send out Lord Nelson once again for Peachtree Stable, and he will start right next to the favorite. This beautifully-bred son of Pulpit has confused pedigree analysts everywhere with his 0-for-3 record in route races. Once in a while horses run contrary to their pedigree, and Lord Nelson fits that statement. Despite Lord Nelson’s poor route record, Baffert horses always command at least some respect at Sunland Park.

From Fair Grounds, the connections of Tiznow R J decide to give Sunland a shot. He disappointed his backers last time when he faded to seventh in the Grade II Risen Star after sitting off the leaders. On the positive side, Tiznow progeny take a while to develop, and trainer Steve Asmussen knows how to win big races. If Firing Line fails, expect TIznow R J to be part of the mix.

As for a local hope, Where’s the Moon just won the Mine That Bird Derby over Cinco Charlie, a graded stakes winner at Churchill Downs last summer. With his best effort, a fourth-place finish is possible.

Betting on Firing Line will not reward anyone with a large sum of money. The field seems severely outclassed though. Expect the “seconditis” streak to end this weekend. Single Firing Line in horizontal wagers, and perhaps try a trifecta of Firing Line over Lord Nelson, Tiznow R J, and Where’s the Moon for a vertical ticket. Skipping the race and enjoying Firing Line’s win is a good option, too.

Looking at the 2015 Bourbonette Oaks with Casey 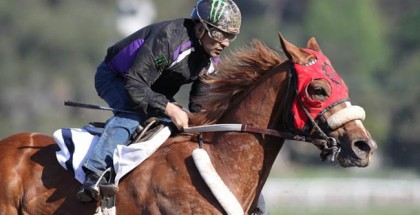 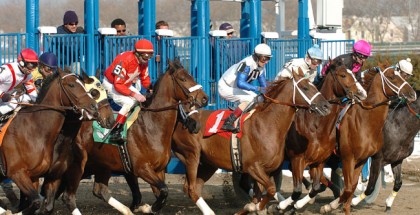 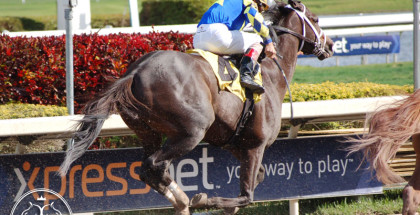