The King George VI & Queen Elizabeth Stakes is part of the Breeders’ Cup Challenge “Win and You’re In” awarding the winner with an automatic entry into the 2014 Breeders’ Cup Turf at santa Anita Park on November 1st.
Photo: Ascot.co.uk

What to do at Ascot…

This 2014 The King George VI & Queen Elizabeth Stakes is held in mid-season in Europe and it is a middle distance championship. Events will kick off beginning on Friday, July 25th with King George Friday, then King George Day is on Saturday, July 26th and the weekend will wrap up with King George Family Sunday, July 27th. The gates open at 11:00 am each day. The first race on Friday begins at 2:10 pm, and then The King George VI & Queen Elizabeth Stakes is held on Saturday, and Sunday also includes racing, and provides a great family environment that is a perfect day for new race goers to experience Ascot and learn about racing.

There will also be plenty of festivities to partake in during King George Weekend. For the children pre-school favorites will appear at different intervals throughout the day at the Ascot racecourse, including Peppa Pig and George, Ben and Holly and Postman Pat. Also Ascot will feature the Traditional Village Fete, which will include fairground rides, face painting, balloon modellers and an opportunity to meet racehorse Knowhow. These children’s events are free of charge and come with admission into the race park.

Ant and Dec, a popular British duo will also be at Ascot on King George Weekend. They are Colts and Fillies Patrons and they will take part in a Q&A session. You must be a Colts and Fillies member to attend, but you may gain membership online at www.coltsandfillies.co.uk.

Also on each race day, Ascot provides a free guided venue tour from an iconic bowler-hatted steward. Go to the Sovereigns Gate on arrival in order to find weekend tour times. 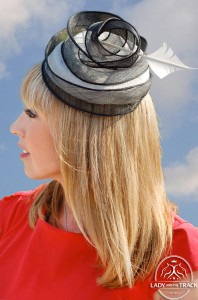 There are also quite a few venues to choose from for dining including Pizza Express, Bangers and Bubbles, and The Front Runner Grill, or you can bring your own food and have a lovely picnic. However, food must be brought in a picnic basket or a cool box and must be consumed in the picnic area, you can even bring one bottle of wine or champagne per guest. You can also dine at the Queen Anne Grill where you can cook your own BBQ at your table or try a three course menu. There is also live music with a Swing Orchestra performing from the Bandstand and Fully Funktional, which provides music to dance to after the racing.

What to wear to Ascot…

With all the fun and festivities you will certainly want to look your best. This time of year at Ascot is considered Flat season, from May to October. This is not the most formal season at Ascot so the rules are a little less rigorous, however, you still want to look classy and make sure not to offend anyone. There is no formal dress code in the Grandstand Admission during flat season, however. Fancy Dress or costume dressing is permitted within Grandstand Admission area, but again, only if it is not offensive. At Premier Admission, men are required to wear a jacket with a collared shirt and tie and women are to note that bare chests are not permitted.

A stylish and elegant bet, which will be sure to also be appropriate for race day are knee length lady like florals and lace. This doesn’t mean you have to channel your grandmother’s old frumpy frocks. Try new updated looks like a black and white floral sleeved dress (pictured below) or a sweet blue floral collared dress. For a lace option try a beautiful lace sheath dress. Make sure your hat also captures the elegance and class of your look and avoid two avant guard pieces. Try something like a pill box hat or a beautiful pink Sinamay supplied by Fashion at the Races.

Try any of these looks and perhaps you’ll even be mistaken for a royal at this year’s King George Weekend and King George VI & Queen Elizabeth Stakes. 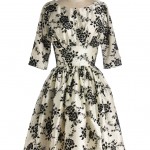 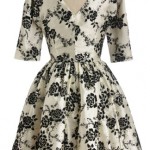 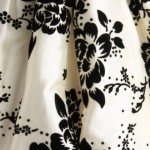 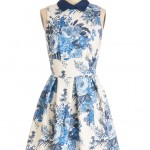 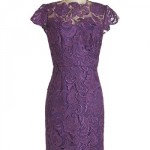 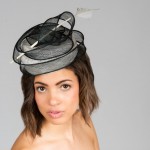 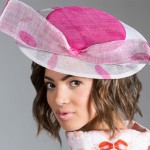 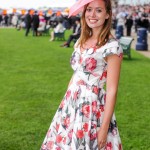 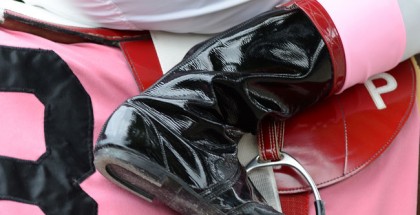 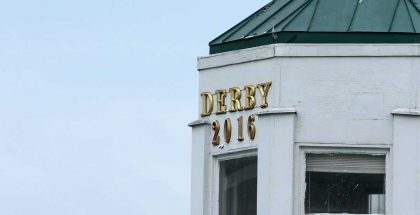 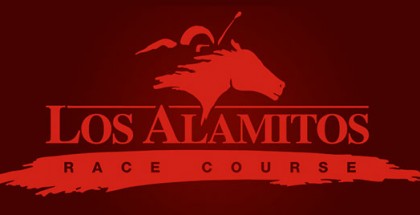