Wise Dan; Somewhat of an Oddity in Horse Racing

Wise Dan; Somewhat of an Oddity in Horse Racing: Horse racing is such a rush. You all know about the Kentucky Derby, the Preakness, the Belmont, the Breeders’ Cup, and possibly some other big name races, but what horses can you name? California Chrome? Is that all? This sport is fast! We see horses come and go. They don’t stay on the track long before they are shipped off to make babies somewhere in the world. 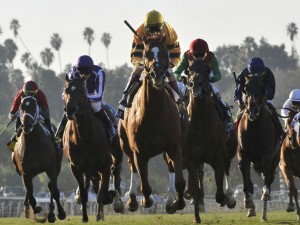 Longevity, not something we see in a horse very often. Back in the early and mid 1900’s, horses ran, possibly, hundreds of times. This included intact stud colts! Nowadays, colts are making babies before their fourth birthday. Excuse my rudeness, but why are we so concerned with shipping a horse to a breeding shed? Because the American owners and breeders are greedy!

Longevity only comes in the form of those select few thoroughbreds that cannot go onto a second career in the breeding shed. Geldings and mares are the likely candidates to race past their three-year-old campaign. One horse in today’s racing scene stands out to me. That horse is Wise Dan.

Stamping himself as a turf miler, Wise Dan is actually, quite a versatile horse. He has won on dirt, on synthetics, past a mile, and shorter than a mile. He found his calling in 2012, even though he did race on both dirt and synthetics that year, and only losing one race, which came in the Stephen Foster.

Wise Dan has been handled beautifully his entire career. He was able to mature, and the connections allowed Charlie Lopresti to take his time in between races. They did try him on dirt, and he won. He won at 9f on the dirt, against dirt horses. Wise Dan wasn’t just a turf miler. He was a middle distance dirt runner!

If you have been in the sport of horse racing a while, you see that not many horses can adapt to any surface. Most horses only like synthetics, or only dirt, or only turf. What made Wise Dan so special is that he could run on any surface, and win.

Now you hear those in the sport saying “try something new with him, like dirt.” or “send him more than a mile.” DOES NO ONE PAY ATTENTION NOWADAYS!? Wise Dan has done all of that!

The answer is, we don’t. 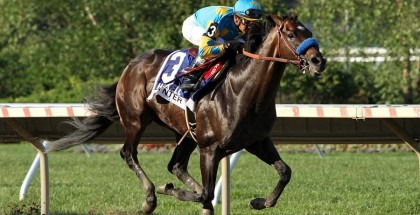