Tamarando Takes the Win at the 2014 El Camino Real Derby

Eight horses ran in the 2014 El Camino Real Derby competing for the $200,000 purse. Tamarando was 3-1 going into the race and was one of the favorites after Exit Stage Left had an injury that took him out of the race. Enterprising was another favorite at 5-2, however, Tamarando proved to be the faster horse as he took the win with a time of 1:51.23, Enterprising came in third place behind Dance With Fate. Tamarando amped up the race on the far turn and grinded up to the line to take the win by a ½ length, Dance With Fate followed ½ length behind Tamarando and Enterprising came in 2 ¼ lengths behind Dance With Fate. I’ll Wrap It Up set the pace for the race, but wasn’t able to keep up with the leaders on the track. 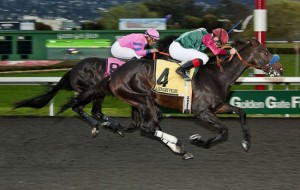 Tamarando and jockey Russell Baze fight for the finish and pass Dance With Fate in the 2014 El Camino Real Derby at Golden Gate Fields on Saturday, February 15, 2014.

Tamarando was ridden by Hall of Fame jockey Russell A. Baze and is trained by Jerry Hollendorfer and owned by the Williams.

Russell Baze, who has won the El Camino Real Derby 9 times said, “I always like to do it for Jerry (Tamarando’s trainer). He has been so supportive of me throughout the years. It’s just so great to it [do] it for him. It didn’t look like there was going to be much pace in it, there wasn;t much of a pace. This horse has shown in the past that he’s got very good tactical speed where he doesn’t have to be last by a 100 miles. He laid very close to as low pace, just wheeled him out in the clear and just let him do his thing and he got there for me.”

Tamarando not only got the win for Baze and the entire Hollendorfer team, but he now takes and additional 10 points on to the Derby. 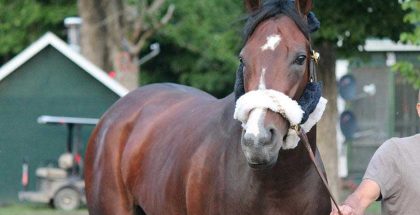 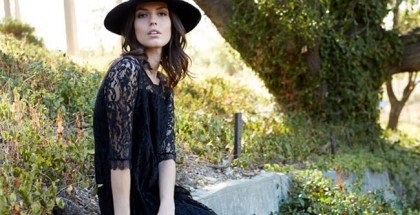 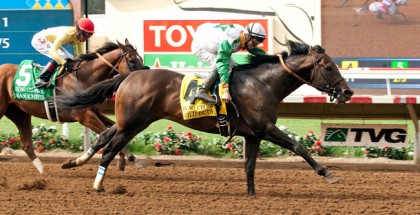