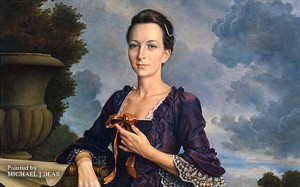 The 2014 Martha Washington Stakes is the 8th race of the day on a card of 9 set for a start time of 4:38 pm CST.”I am still determined to be cheerful and to be happy in whatever situation I may be, for I have also learnt from experience that the greater part of our happiness or misery depends upon our dispositions, and not upon our circumstances.” ~Martha Washington

Inaugurated in 1979, it was raced at 6 furlongs (3/4 mile) until 2003 when it was modified to its present distance and was run in two divisions in 1979 and 2008. The speed record is held by Rachel Alexandra (2009) and the largest winning margin is by the late Eight Belles by 13 ½ lengths in 2008. The 2013 edition was won by Sister Ginger in a front-running fashion for Steve Asmussen who has two entered in the 2014 Martha Washington Stakes and is looking for his second win.

The 2014 Martha Washington Stakes looks like a nice group of sophomore gals ready to hit the dirt and there are a few I like to cross the finish line and roll in the dough so let’s take a look.

The daughter of Malibu Moon/Kiss the Devil/Kris S. Kiss Moon, recently increased her career record to 2:2 with a double digit allowance win at Oaklawn going 1 mile on the dirt on January 11, 2014. The David Vance trained filly broke well and rated to draw out through the stretch under a steady hand ride. Prior to that she won her maiden first time out on December 13, 2013 at Turfway going 6f on the all-weather track where she didn’t break well, was held back early, skimmed the rail on the turn to draw clear at the midstretch for the win. She shows one recent work on January 26th breezing 5f in 1:03.60, 39/81. I would like to have seen a few more works from her, but she only shows one posted work between her last two races and ran a bang-up race so we’ll see how she rates with T.Thompson in the saddle leaving from post #4.

I also like the Okie girl Xray Vision out of Pollard’s Vision/Lucky M/Pollock’s Luck and trained by Lynn Chleborad. She comes into this race with a 6:2:2:1 record and last out was beat by Street Story at Oaklawn in the Dixie Belle Stakes going 6f in the slop. She lost her footing at the start, trailed far-back to come out 3 wide into the lane to gain her momentum and stride too late. She doesn’t show any works since the last race and that concerns me some. However, I hear she’s in great form and the last race looks much better than it reads on paper. So I think this girl is game coming from the #3 hole with R. Vazquez in the irons.

The Steve Asmussen trained Street Story who is sired by Street Cry (IRE)/Perfect Story/Tale of the Cat and is a half-sister to Point Given recently romped in the slop at Oaklawn in the Dixie Belle where she raced wide the entire trip to avoid a lot of the mud early and brushed with a foe to take over the lead under steady urging. She has a race record of 4:2:1 with two works at Oaklawn recently on January 27th she breezed 4f in 50.00, 22/81 and on January 19th breezed 4f in 52.00, 111/122. She gets lucky #7 with R. Santana Jr. up to ride.

Another contender I have my eye on is D. Wayne’s girl Ireland. After six tries she finally broke her maiden two weeks ago on January 17th going a mile on this track where she stalked the pace, took over the on the far turn and steadily gained the lead to win under some pressure from her jockey. The daughter of Afleet Alex/Classy Mirage/Storm Bird could hit the board if she can make a quick turnaround and not bounce. She drew the same post as last time #5 and gets I. Ocampo to ride again and has been steadily working out at Oaklawn since December 14, 2013.

The 2014 Martha Washington Stakes is a strange race for me to try and figure out as the track has been a little funny and with the absence of a few works here I’m in a bit of a quandary. I’m going with Kiss Moon here for the win seeing as she’s already won at this distance on this track and has some killer speed. Xray Vision is much better than she looks on paper and with a dry track looks pretty live here and could possibly hold off Street Story this time. Xray Vision also has a win on the dirt going a mile at Remington Park so she could upset the applecart Saturday. We’ll see if Street Story can sretch out and if she does, watch out. With D. Wayne Lukas and his filly Ireland, well, I never try to underestimate him in a race.

I wouldn’t leave any of these ladies off a ticket. So I’m going with #4 for the win with #3,5,7 right behind in any order. Using them in one leg of a pick 3 or tri/exacta box would be a nice play and hopefully some nice odds. Good luck to all of the fillies and their connections. 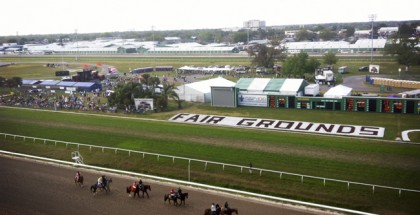 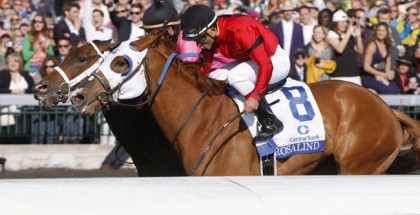 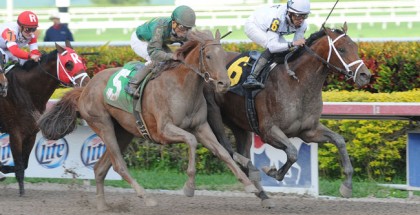