Kentucky Oaks 2015 Contender Stellar Wind Hopes to Blow Through Louisville: Victor Espinoza is having another big year on the Kentucky Oaks and Derby trails. He rode Take Charge Brandi in her Breeders’ Cup victory and is also the regular rider for Kentucky Derby hopeful American Pharoah. Now, Espinoza has another filly he may have to consider as a possible mount in this year’s Kentucky Oaks. 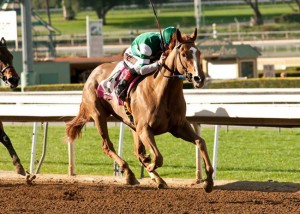 A one mile maiden winner on Dec. 18 at Laurel Park in Maryland, Stellar Wind burst upon the Southern California racing scene on Saturday at Santa Anita, as she motored to an impressive 2 ¾ length win in the Grade III, $100,000 Santa Ysabel Stakes under Victor Espinoza.
Photo: Benoit

After Saturday’s Santa Ysabel victory, three-year-old filly Stellar Wind jumped onto the Kentucky Oaks trail, picking up 50 points with her win over Light the City and Glory, the second- and third-place finishers. Espinoza stated, “I think farther for her would be better,” meaning the mile-and-a-sixteenth Santa Ysabel wasn’t the filly’s ideal distance.

Trained by John Sadler, the filly is likely headed to the Santa Anita Oaks for her fourth start before traveling to Louisville for the Kentucky Oaks. Sadler believes that the Santa Anita Oaks is the “logical spot” and even stated that he believes “she will be better at a-mile-and-an-eighth, a-mile-and-a-quarter,” indicating that the filly could take on the boys later in the year if she continues in her current form.

If pedigree speaks for the filly, she will easily get the mile-and-a-quarter that trainer John Sadler will ask of her. Sired by Hall of Fame stallion Curlin, the filly is built similarly to him and wears the same golden chestnut coat. Resembling a colt with her muscular build, Stellar Wind could possibly be on her way to an exceptional year.

Curlin was a monster as a racehorse. Not racing until age three, Curlin quickly made his presence known on the Triple Crown trail. He finished third in a muddy Kentucky Derby before moving on to win the Preakness and finishing second to the filly Rags to the Riches in the Belmont Stakes. Curlin went on to win the Jockey Club Gold Cup twice, Breeders’ Cup Classic, Dubai World Cup, Stephen Foster, and the Woodward. Curlin retired to Lane’s End Farm to stand stud where he continues to reside today.

Stellar Wind is out of the inconsistent mare Evening Star, winner of two out of twelve starts. Evening Star, however, is a nine-year-old daughter of the Spendthrift stallion Malibu Moon. Malibu Moon ran only twice, finishing second and first in those two starts. Forced into early retirement by injury, Malibu Moon has moved through the ranks as a highly sought-after stallion, moving from Maryland to Kentucky in a matter of a few years. In his 2010 crop, Malibu Moon sired a colt that would later be named Orb, winner of the 2013 Kentucky Derby.

Stellar Wind is a young Virginia-bred filly of highly regarded breeding. While her dam never accomplished what Stellar Wind already has, the filly has a very nice cross of bloodlines that should help her continue to improve towards her hopeful visit to Kentucky. Stellar Wind flaunts a big stride, and she wastes no energy with unnecessary movements while extending her stride. She runs comfortably and settles nicely, even on slow paces. Her running style is versatile, and she is obviously able to sit close on a slow pace while still being able to pull away easily. If she can continue in her current form and take on even tougher competition, Stellar Wind may just blow away her competition.

Stars in the Making: The 2015 Fasig-Tipton Florida Sale 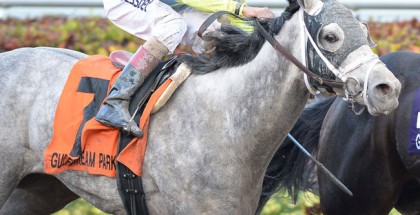 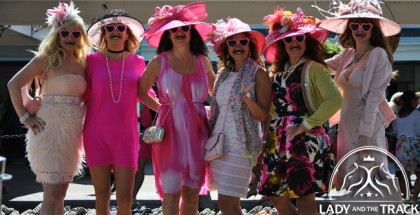 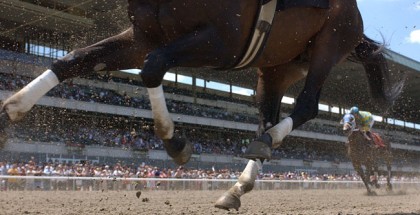 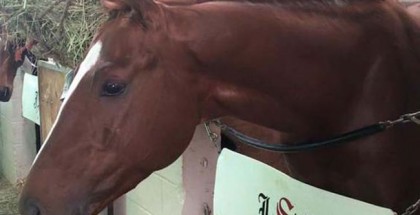