The Great War Battles From Outside in John Battaglia at Turfway Park: One three-year-old colt rising in popularity is The Great War, next scheduled to appear in Saturday’s John Battaglia Memorial at Turfway Park. Prior to this event, The Great War won the ungraded 96 Rock at a sprint distance on the same racetrack by seven lengths. Now the son of War Front trained by Wesley Ward stretches back to a route distance covering two turns, attempting to win from the daunting number 11 post position. 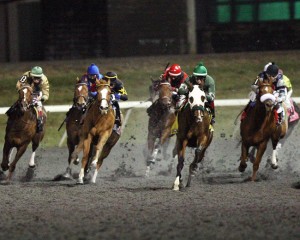 One three-year-old colt rising in popularity is The Great War, next scheduled to appear in Saturday’s John Battaglia Memorial at Turfway Park.
Photo: Turfway Park

The Great War has run only once before in a route race out of his nine starts in which he faded in the stretch, but handicappers should not criticize that Breeders’ Cup Juvenile effort too much. Until the turn for home, he pressed the pace, never being more than three lengths back. Most horses near the pace lost ground after the second turn, including Upstart, Mr. Z, and the highly touted Daredevil.
The front pack simply ran too fast, while closers such as Texas Red and Carpe Diem received a nice setup to run first and second at the end. The Great War fared well enough to hold on for fourth.

Before the Breeders’ Cup, The Great War attempted seven sprint races in Europe and won three times. His former trainer Aiden O’Brien perhaps misjudged the colt’s distance ability, or maybe route races for two-year-olds do not occur often in Europe. Regardless, running 8.5 furlongs is a reasonable task for this one.

One question arises about whether The Great War will be able to clear from the outside post, as sometimes horses become stuck five- or six-wide on the first turn. His class will likely make up for the lost ground, as graded stake-level horses often overcome average fields despite added adversity.

In the event that the favorite misfires, Pepper Roani in post position 6 looks set to win. A son of Broken Vow, generally regarded as an excellent synthetic sire, Pepper Roani’s 4-1-1-1 record at Turfway Park came after some unlucky trips as well.

Back on December 4, Pepper Roani made his third career start in which he moved on the far turn. Unfortunately, the gray colt lost all momentum when steadying. He rallied again, too late to do any better than fourth place. The same month, he tried again and finished second by less than a length.

Last month, Pepper Roani improved despite running third two starts back. The opening half for the one-mile race went in 49-1/5 seconds after an opening quarter of 24-4/5 seconds, and he closed seven wide to lose by less than two lengths. Finally, Pepper Roani put everything together in a January 31 maiden race, winning easily by three lengths and earning a career high 95 BRIS speed rating.

Victory by any other horse would come as a mild surprise. Some challengers competed in the same race The Great War just won, so to be legitimate threats, switching to a route needs to simultaneously help them and hurt The Great War.

Mini Cosmo, Royal Son, and Task Force Glory are invading from other tracks, but their forms appear to be less than desirable. Two starts ago, Mini Cosmo lost by 23 lengths in the Grade 3 Withers to El Kabeir. As for the Todd Pletcher-trained Royal Son, he lost by 11 lengths to Ocean Knight in the Grade 3 Sam F. Davis. Meanwhile, Task Force Glory ran a non-threatening third in a slow turf route at Gulfstream Park, where the winner Indianaughty returned to finish ninth in the Grade 3 El Camino Real Derby.

Side with The Great War and Pepper Roani on all tickets. Otherwise, skip the race. Both of them give the impression of horses with nice futures or at least of probable contenders for Turfway’s featured Spiral Stakes next month. 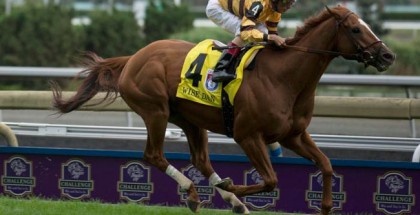 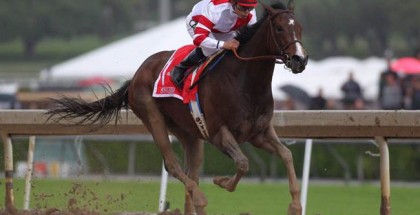 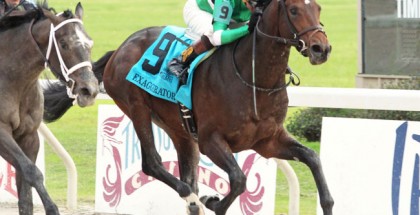 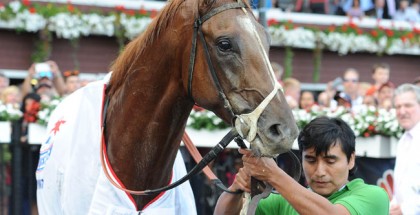