Callback Hits Kentucky Oaks Trail with Las Virgenes Win: The G1 Las Virgenes has been an important prep for three-year-old fillies prepping to make a start in the G1 Kentucky Oaks. For this Kentucky Oaks prep race, any horse in the field could have won, however, only one can cross the finish line first. This year, the 2015 edition of the race goes to Spendthrift Farm filly, Callback. At the post, Callback entered at odds of 5/2. Bob Baffert knows what it takes to get a filly to stretch out and this time, taking blinkers off of Callback seemed to be a key element here. 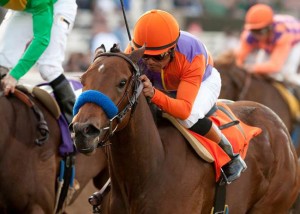 Callback led from gate to wire, taking the race through 22.89 and 46.88 for the first half, before spurting away at the stretch, only to have Light the City close to finish a length behind the Baffert filly. The favorite, Maybellene seemed to not like the close quarters she was enclosed in, she quit around the turn and finished off the board as the beaten favorite.

Callback is bred to be precocious and fast. Sired by Kentucky Derby winner, Street Sense, Callback has a nice distaff line. Her dam, Quickest, is a half sister to Super Saver, but sired by Forest Wildcat. Forest Wildcat was a grade three winner at 6F, but liked to win in the listed stakes and allowance ranks. Supercharger, Callback’s second dam, has produced multiple graded stakes winners, including Super Saver and Brethren.

In four lifetime starts, Callback is a two-time winner, and grade two placed. Now that she is a grade one winner, Baffert is likely making plans for her path to Louisville to start in the Kentucky Oaks, now that she has 10 points. She has a good pedigree to get her there. 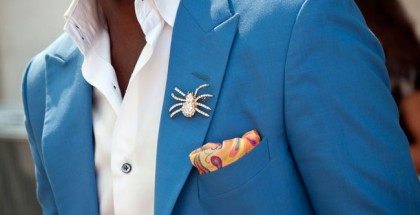