Top Ten 2015 Kentucky Oaks Contenders; Casey’s Picks: If you’ve ever attending the Kentucky Oaks, you already know that the day brings something special and unique. The Run for the Lilies is equally, if not more, exciting than the Kentucky Derby. The fillies are amazingly talented and difficult to handicap. The 141st running of the Oaks takes place on Friday, May 1, 2015 and the prep races, showcasing Casey’s picks below, are a great way to get to know the gals before the big day! 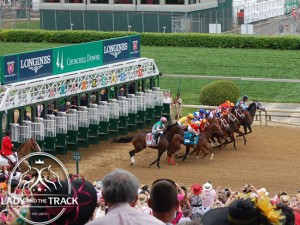 1 Birdatthewire (Summer Bird o/o My Limit, by Wagon Limit) – From one of the few crops Summer Bird produced before his untimely death, this filly just broke her maiden on November 29th after three subsequent tries. In her first try against stakes company, she entered the Grade Two Forward Gal at Gulfstream. She again prevailed with seemingly little effort. Her late charge can be more favorable in the two turn races, and with this pedigree, I only see unlimited potential here.

2 Take Charge Brandi (Giant’s Causeway o/o Charming, by Seeking the Gold) – Finally coming into her own in the second half of the year, this Lukas trainee won two grade one races and a grade three to nail herself an Eclipse Award. Now training toward the Martha Washington at Oaklawn, this filly is the leading contender for the Oaks. She already has 30 points, which means she doesn’t need anymore to get in, just needs to stay fit and healthy.

3 Top Decile (Congrats o/o Sequoia Queen, by Forestry) – This filly came charging late to miss the win in the Breeders’ Cup Juvenile Fillies by a half length or so. She looks to improve off her last race, the Silverbulletday, where she didn’t lift a hoof. Hoping to regroup, the team hopes the filly can still make it to Louisville. She has a lot of pedigree behind and her and unknown amounts of potential.

4 West Coast Belle (Tapit o/o Splendid Solution, by Unbridled’s Song) – Before the Silverbulletday, West Coast Belle was undefeated in three starts. Finishing fourth in her last race, the Tapit filly should be able to regroup and comeback nicely in her next race. West Coast Belle seems to be Tapit’s best shot of having an Oaks winner two years in a row. Her distaff line should also help her. Her damsire is the very influential Unbridled’s Song.

5 Peace and War (War Front o/o More Oats Please, by Smart Strike) – After coming to the United States after three starts in Europe, Peace and War was a surprising winner of the Darley Alcibiades Stakes (G1) at Keeneland in October. She relished the mud and defeated three other horses on this list (Top Decile, Paige, and Take Charge Brandi). Her pedigree is easily one of the nicest I’ve seen in any of these particular fillies. I look forward to seeing her on a dry course.

6 Feathered (Indian Charlie o/o Receipt, by Dynaformer) – This filly has classic connections of Mike Smith, Todd Pletcher, and Eclipse Thoroughbred Partners. Her pedigree is actually an interesting one to me. Daughter of the late Indian Charlie, Feathered seems to be a filly that relishes the competition, but comes up short. She is multiple graded stakes placed, but has yet to actually win anything but her maiden. I would eventually like to see this one try the turf.

7 Angela Renee (Bernardini o/o Pilfer, by Deputy Minister) – This full sister of To Honor and Serve burst onto the Oaks scene when she ran away with the Chandelier at Santa Anita in her final Breeders’ Cup Juvenile Fillies prep. However, failing to mount a challenge in that race, the Siena Farms and Todd Pletcher have had to regroup. She did finish third in the G2 Demoiselle. She has been working nicely at Palm Beach with Todd Pletcher’s string.

8 Danette (Curlin o/o Sugar Britches, by Dixieland Band) – Some may be thinking that me having a maiden on my list is insane, but Danette has shown a lot, in my opinion. She was trapped in the BCJF, finishing full of run. This filly is bred to get 10F, so the 9F of the Oaks should be no problem. She needs to step it up a bit and gather some points, but if she does and gets a clean trip in the Oaks, look out!

9 Maybellene (Lookin at Lucky o/o Greathearted, by Giant’s Causeway) – From the first crop of Lookin at Lucky, this filly has shown a lot in her races. While she did not fair well in the Chandelier, this filly came back to win an allowance, finish second in a listed stakes, and then a scarce third in the G1 Starlet behind Take Charge Brandi and Feathered. She should improve and is bred to get the longer distance of the Oaks.

10 Paige (Sky Mesa o/o Perfect Story, by Tale of the Cat) – this filly has never been worse than third, most recently finishing third in the Darley Alcibiades Stakes at Keeneland behind Peace and War and Top Decile. She hasn’t posted a work since then. I don’t know if they are just resting her or if she came out of the race in poor shape. If she can get to the races soon, I like her chances to be competitive. I also like that her dam is half to champion Point Given.

And just for good luck…..
11 Moon Medal (Medaglia d’Oro o/o Moonbow, by Distorted Humor) – Breaking her maiden on the same day as Birdatthewire (November 29), this filly was incredibly impressive in her maiden score. She came from seventh to go six wide and make a move in the straight to win by a bit more than a length while edging clear. Her pedigree is certainly not lacking, but her workouts are. She has not posted a work since her maiden score.

Invasor to Stand at Haras Cuatro Piedras in Uruguay 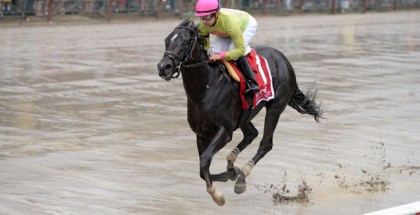 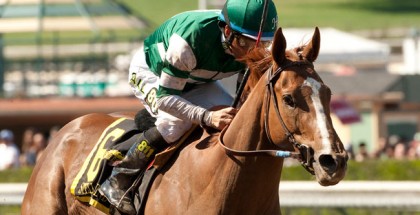 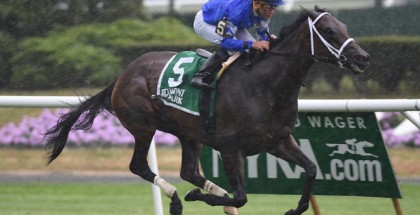 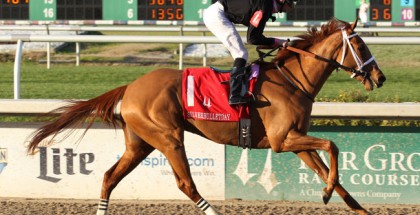