Home » News » Updates on Ride On Curlin, General a Rod and Java’s War

Updates on Ride On Curlin, General a Rod and Java’s War: Three former Kentucky Derby contenders came off long layoffs to run last week. Only Ride On Curlin came away a winner. 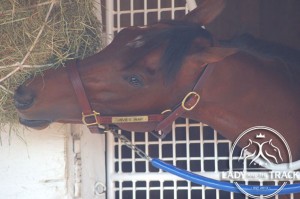 Roger Attfield currently trains Java’s War at Payson Park Training Center in Florida and his next start remains unknown, although with a solid synthetic and turf record, many assume the connections will continue down that path.
Photo: LATT

The now four-year-old Curlin colt disappeared after being eased in last year’s G1 Belmont Stakes. Earlier in the year, Ride On Curlin ran a troubled seventh in the G1 Kentucky Derby and second in the G1 Preakness S., as well as second in the G1 Arkansas Derby. Despite his travels and good efforts, he failed to win a route race.

For his comeback start, trainer Billy Gowan entered Ride On Curlin in an allowance sprint at Oaklawn Park, the same kind of race won a year ago to kick off his 2014 campaign. Under jockey Jon Court, Ride On Curlin began slowly and raced towards the back in eighth while the pacesetter cut out fractions of 21.94 and 45.28 for the six furlong sprint. According to the Equibase chart, Ride On Curlin then “got through with a clean trip out of the turn, accelerated the final sixteenth to be in time.”

In a Blood-Horse article, Gowan stated he plans to stretch out Ride On Curlin in either the Essex H. on Valentine’s Day or the Razorback H. a month later. The G2 Oaklawn H. in April is Ride On Curlin’s immediate goal.

One day earlier at Gulfstream Park, the 11th place finisher in last year’s Derby, General a Rod, finished fourth as the favorite in an optional claiming race run at seven furlongs. Trainer Michael Maker warned in an interview that seven furlongs might not suit the son of Roman Ruler. General a Rod settled near the back and “reached a contending position into the stretch but failed to sustain his position in the drive” as shown in the chart.

Like Ride On Curlin, General a Rod’s previous effort came in the same Belmont where he finished seventh after pressing the pace. He also finished a troubled fourth in the Preakness.

Two days later, the 13th place finisher in the 2013 Derby, Java’s War, returned in an optional claiming race on turf and fared the worst out of the three. The War Pass sired horse finished ninth while always remaining near the back.

The chart notes that Java’s War was “void of early foot, raced between foes through the back-stretch, moved outside through the second turn and was not a factor.”

Friday’s race came after a layoff of more than a year. Java’s War’s previous start, the 2013 G2 Pennsylvania Derby on dirt, resulted in an eighth place finish. The smallish colt changed trainers twice since his debut, initially going from trainer Ken McPeek to Barclay Tagg in the middle of 2013.

Roger Attfield currently trains Java’s War at Payson Park Training Center in Florida and his next start remains unknown, although with a solid synthetic and turf record, many assume the connections will continue down that path.

Stallion Feature: Curlin is Not Only a Classic Winner But a Classic Sire... October 1, 2014 | Casey Laughter 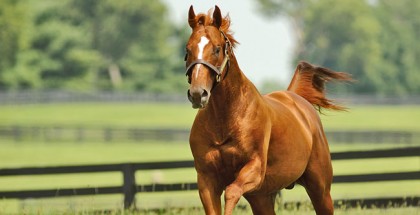 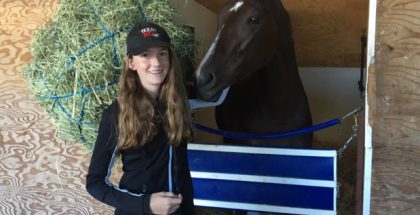 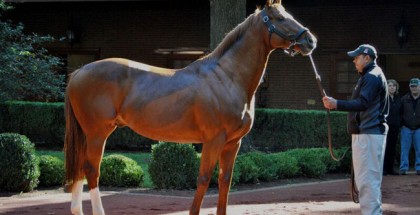