Remembering Breeders’ Cup Classic Champion Invasor; a True Invader: Continuing on with Breeder’s Cup fever, we look back and remember a horse who came from Uruguay, a little country with a population around 3.3 million people. The champion’s name is Invasor. The beautiful story of Invasor started when three Uruguayans traveled to Argentina to buy a horse to run him in Uruguay. After watching several horses in Haras Clausan, they decided to choose the colt “Quiet Style”, who wasn’t an outstanding animal. With a naked eye there was nothing special to show him as a “different” horse. After the purchase, the partnership (Stud 3 de Enero) decided to change his name to Invasor.

Invasor, a son of Candy Stripes – Quendom (Arg) by Interprete (Arg), started his career in Maronas Racecourse in Uruguay. Invasor was always ridden by his regular rider Gustavo Duarte and trained by Anibal San Martin. Invasor made his debut on February 27, 2005 in a 5 ½ furlongs race, running like the heavy favorite due his excellent workouts in the mornings, and responded winning handily by 6 ¾ lengths causing great joy and enthusiasm, however the illusion was cut short due to an injury that sidelined Invasor for almost five months.

Invasor returned in the Clasico Ensayo (G3) over 7 ½ furlongs, a prep race for his main goal the Triple Crown, and despite the layoff he won easily again by 2 ½ lengths, showing his abilities as a “different” horse. Now he was ready to participate in the Triple Crown races.

Finally it was time for the Uruguayan Triple Crown. On September 10, 2005 was contested the first leg, the Polla de Potrillos G1 with a 5 ¾ victory for Invasor over a muddy track, beating his main contender Potri Flash. One month later, on October 9, 2005 he won the second leg, the Gran Premio Jockey Club G1 over 1 ¼ miles, beating Potri Flash again, this time by 3 ½ lengths. Finally on November 13th, Invasor completed the sweep winning the Gran Premio Nacional G1 over 2500 meters by 6 ½ lengths and became a Triple Crown horse. Potri Flash the Triple Crown placer, saw his efforts rewarded by winning grade stakes races later in Argentina.

After winning the Triple Crown, Invasor was sold to the Sheik Hamdan bin Rashid Al Maktoum to run for the Shadwell Stable. The horse was flown to Florida to be trained by Kiaran Mclaughlin. In florida the horse started his preparation to his next race, the UAE Derby in Dubai, the race where he lost his only race in his career, finishing in 4th place, behind the emerging star Discreet Cat; the layoff, the long trips and some traffic troubles influenced the defeat. After that effort, he returned to U.S and two months later he won the Pimlico Special Handicap G1 by 1 ¼ lengths in a demonstration on pure heart. Thereafter, started a series of wins; on July 1th, 2006 he won in a fashionable style the Suburban Handicap (G1), at Belmont Park by 4 ¼ lengths, and a month later, won the Whitney Handicap (G1) at Saratoga by a nose, despite he stumbled at the start. Invasor was pointed to the Jockey Club Gold Cup (G1), but developed a slight fever, so his trainer decided to skip the race, and point him directly to the Breeder´s Cup Classic at Churchill Downs.

The Breeders’ Cup Classic was a tough race for Invasor because he had to face the 3-year-old Bernardini, an amazing colt who looked impressive in the Jockey Club Gold Cup. On November 4, 2006, Invasor ridden by the young Fernando Jara won the Classic, always running in the middle of the pack. In one moment, Bernardini looked like the winner but Invasor caught him winning by a length. It was a great party in Argentina and especially in Uruguay because he ran since a baby in that country. They celebrated the victory as if the Uruguay soccer team, also know as La Celeste had won the FIFA World Cup. Invasor’s 2006 season finished with the Eclipse Awards for Older Male Horse and Horse of the Year.

Invasor returned to the races on February 3, 2007 winning the Donn Handicap G1, a race that only a superstar could win, due to the lot of traffic troubles he suffered. Shortly after, Invasor’s connections decided to run in the prestigious Dubai World Cup, a race where he would face Discreet Cat again. This time the story was totally different because Invasor got a perfect trip and won the Dubai World Cup to become in the best horse of the world. Sadly, Discreet Cat didn’t fire finished last by 23 lengths.

Due to an injury, Invasor was retired on June, 23, 2007 and started his career as a stallion. He’s now standing at Shadwell Farm in Lexington, Kentucky. Finally in recognition of his brilliant career, Invasor was inducted into the Hall of Fame.

Jaycito is Crying Out to be Retired 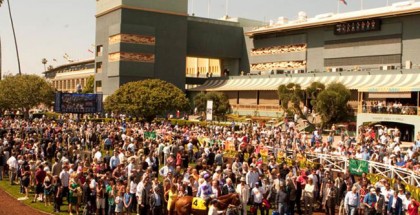 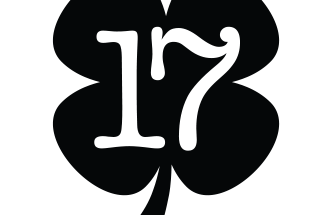 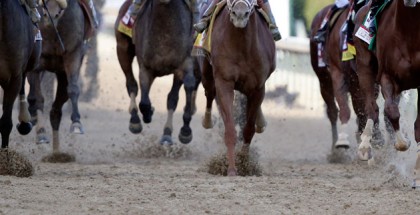 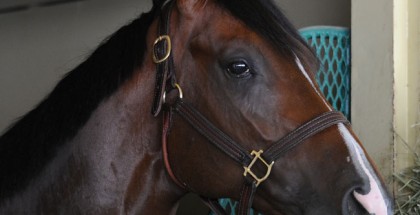