Charles Whittingham Memorial Handicap 2014; Strong Field of 9 Ready To Mow The Lawn: The 2014 Charles Whittingham Memorial is set to take place Saturday, May 24th, 2014 at Santa Anita racetrack in Arcadia, California. The race is run on the turf for three-year-olds and up going 1 ¼ miles for a purse of $200,000. The race was previously run at Hollywood Park Racetrack which has been closed. It was sad to see this part of history go by the wayside last December but I guess that is part of life. 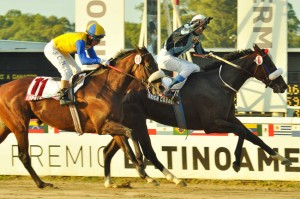 Quick Casablanca, pictured above on the right, is Kari and Sigi’s top pick for the 2014 Charles Whittingham Memorial at Santa Anita Park on May 24th.

The GII race was inaugurated in 1969 and run at the distance of 1 ½ miles until 1987. Until 1999, the race was named the Hollywood Invitational Turf Handicap. It was renamed in honor of the U.S. Racing Hall of Fame trainer Charlie Whittingham (1913-1999) who saddled many memorable winners at Hollywood Park. He has the most wins of any trainer for this race with seven.

The 2014 Charles Whittingham Memorial Handicap is the 7th race of the day set to begin at 4:00 pm, PST.

Well, to start, I know one of Sigi’s favorites running is Quick Casablanca. I must say he looks impressive and I think this race looks to play out with another battle between him and Fire With Fire. I think they are going to be tough to beat so I’ll go with an upset here just to rock the boat.

Kari’s Picks and Plays (@horseflynawall): Bright Thought last out set the pace in the Woodford Reserve Turf Classic (GI) on May 3rd, before fading to 9th behind Wise Dan going 1 1 /8 miles at Churhill. He is another one who does his best up front with a career highlight in last year’s (GII) San Luis Rey Stakes in which he won by 3 1/4 lengths going 1 1/2 miles on this track. The son of Hat Trick has a race record of 11:4:0:1 and is trained by Jorge Gutierrez. This will be his third race off the layoff from November last year. He gets Espinoza in the irons and will have to run back to his form from last year to win from post #3.

Chilean-bred Quick Casablanca is my second choice to hit the board. He made his U.S. debut last year on May 15th for trainer Ron McAnally winning at odds of 16-1 in the Last Tycoon after five win-less starts in New York. Last out he and Fire With Fire dueled at the finish of the (GIII) Last Tycoon Stakes on April 25th where Quick Casablanca closed fast to win by a head tagging Fire With Fire at the wire. That race was contested at 1 1/8 miles and I think he’ll appreciate the added distance as he has a (GI) win at 1 5/16 miles on the dirt in Argentina. He owns a race record of 17:4:6:4 and gets his regular rider Joe Talamo from stall #2.

The 6 year-old Drysdale trained gelding Fire With Fire has a recent second place finish going 1 1/4 miles on the turf behind Quick Casablanca in the above mentioned race. Prior he was a front-running winner of this years (GII) San Luis Rey Stakes on this track going 1 1/2 miles on the turf. His first race of 2014 on January 18th was at Turf Paradise winning on the turf going a mile to prep for this year. After losing that last race to Quick Casablanca, he is just short of three straight wins. He has a race record of 31:6:8:5 and is always game and right up front ready to roll from post #6 with Baze in the saddle again.

As tough as it’s going to be up front I hope Bright Thought reverts to his winning ways and takes the 2014 Charles Whittingham Memorial Handicap. With Bright Thought and Fire With Fire duking it out up front, Quick Casablanca could take over again. If not, the other one I like here is #1 Soi Phet. He’s running second time off a lay-off sporting some nice works on the track and could seriously hit the money.

Sigi’s Picks and Plays (@sigimendoza): In the Charles Whittingham, definitely the Chilean Quick Casablanca is returning to his South American form, where he won some (GI) races. It took some time to adapt to U.S.racing but it seems he’s found a way to win in the U.S. Quick Casablanca will appreciate the extra furlong and Talamo keeps riding him. A great summer is expected for this horse, so you can use him as a single.

In this race I’ll play Quick Casablanca to win and also a Daily Double starting with Race #6: 5/2. I will be singling #5 Big Cazanova in the 6th race. Food for thought: Big Cazanova was second twice to Argentinian superstar Indy Point in (GI) races but he is still a maiden. Hopefully not anymore after Saturday.

Thanks again Sigi for taking the time to look over this race and handicap it. I really like your picks and hope we score here! Good luck to all of the runners and their connections. 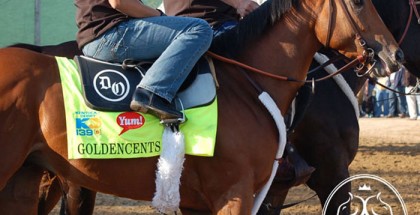 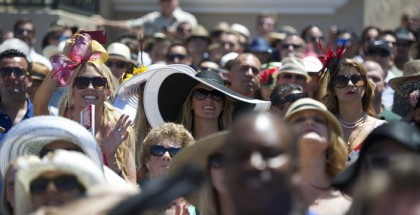 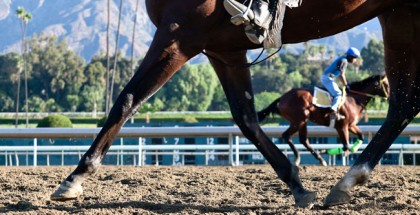 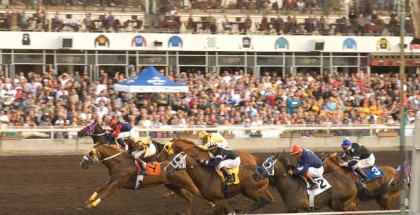