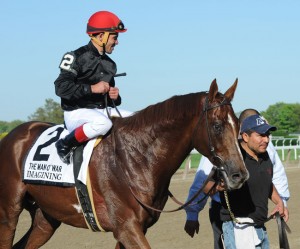 Imaging and jockey Joel Rosario crossed the 2014 Man O’ War Stakes finish line in 2:14.33. Imagining took the lead in the opening quarter mile alongside Frac Daddy and met Grandeur and Real Solution in the final stretch making for an exciting race at Belmont Park. The six-year-old son of Giant’s Causeway will now point to the Manhattan Stakes on June 7th, Belmont Park Day.

Trainer Claude McGaughey reported after the 2014 Man O’ War Stakes, “He does like it here but his race in Florida [second in the Grade 1 Gulfstream Park Turf Handicap] was a good race, too. I’m happy for the horse, this is his first Grade 1. We’ve got a good, solid race into him now and hopefully he’ll come back fine and we’ll have a good summer with him. This was only his second race since November; he was sharp in the paddock and he was training sharp so we felt like if he broke well, he’d probably be right up there. He was able to hold off a couple of pretty nice horses running at him and Joel did a great job of riding him. I thought it all worked out really well. Hopefully we can run him in the [Grade 1] Manhattan on Belmont Day [June 7].”

On winning the Man O’ War Stakes three times in a row Claude McGuaughey stated, “I’d never won the race before and now I’ve won it three years in a row. I’m pleased, I’m pleased for the horse.”

Jockey Joel Rosario was very happy with Imagining saying, “Shug told me there wasn’t probably going to be a lot of speed in the race and he was coming off a couple of months off, so he’d probably show some speed and he did. He’s a game horse. Every time a horse came to him, he’s a fighter. I was really happy with him today.”

Imagining was the 2nd choice favorite at 3-1 behind Amira’s Prince, who finished last. Phipps Stable’s Imagining is now five for five at Belmont Park and has earned $813,114 with a total of fifteen career starts. 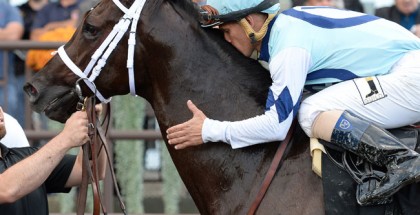 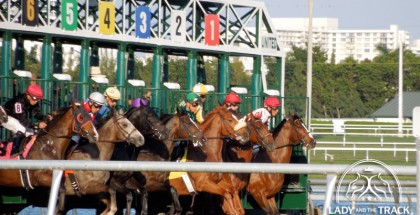 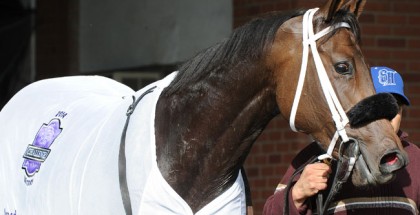 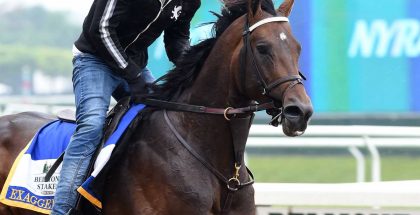