Besilu Florida Derby 2014 (GI); Field of Eight Ready To Vie For Big Derby Points: The 2014 Besilu Florida Derby is held annually at balmy Gulfstream Park in Hallandale Beach, Florida for 3 year-olds going 1 1/8 miles on the dirt for a purse of $1,000,000. We are now headed in the direction of the highest derby-points to be earned in the stakes races. This race is set for Saturday, March 29th, 2014 and doles out 100:40:20:10 to the top four finishers for the 2014 Kentucky Derby. 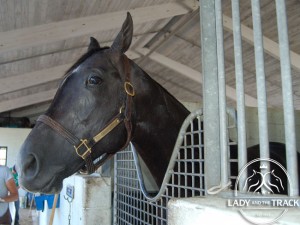 Cairo Prince, pictured above at Palm Meadows Training Center, is the 9-5 favorite for the 2014 Florida Derby at Gulfstream Park. Cairo Prince is also on Kari and Sigi’s radar as a top contender in the Besilu Stables Florida Derby.
Photo: Trixie Hammer

The Florida Derby was added to the racing schedule in 1952 and in 1977, a large field resulted in the race being run in two divisions. The speed record is held by General Duke in 1:46.80 set in 1957 and equaled the world record for 1 1/8 miles at the time. The most wins by a jockey are for 3 each by Bill Shoemaker, Bill Hartack, Jerry Bailey, Mike Smith and Edgar Prado. The most wins by a trainer are at 3 each for John Veitch and Nick Zito.

Last year’s edition was won by Orb in 1:50.87 for trainer Claude R. McGaughey III (Shug). The Florida Derby has been one of the top derby preps in the past couple of years so whoever skates out of this one will be one to watch on the Triple Crown Trail.

The 2014 Florida Derby is the 14th and final race of the day on a card with 6 other stakes races to start at 6:48 pm, PST. Can you say Holy Cow what a card? The race will be televised by NBCSN.

We have a somewhat small field but I guess with so many off the Derby trail, I’m not surprised. Let’s talk about a couple of the colts I like running in this race.

The Kiaran McLaughlin trained Cairo Prince is the one to beat here with a race record of 4:3:1. He’s never finished off the board and really hasn’t done much wrong. The son of Pioneer of the Nile/Holly Bubbette/Holy Bull last out on January 25th, 2014 won the Holy Bull Stakes (GII) going 1 1/16 miles in a 5 3/4 length slam-dunk with a wide-sweeping move in the final turn and drew off with what looked like speed to spare. Prior on November 30th, 2013 he was second to Honor Code, who is now off the Derby Trail, in the (GII) Remsen Stakes going this distance 1 1/8 miles. November 3rd, 2013 he won the (GII) Nashua Stakes at Aqueduct and on October 6th, 2013 he broke his maiden in first asking. He has six steady works in the last six weeks breezing 4 and 5F each so he’s ready to break with L. Saez on board from post #3. Can we say wow! He’s a force to be reckoned with that’s for sure. However, there are a few I think can give him a run for his money.

The three year-old son of Pulpit/Quiet Summernight/Quiet American, Spot, was purchased privately and turned over to trainer Nike Zito just before his recent win in the 2014 Swale Stakes (GII) on March 1, 2014. In that race at Gulfstream Park going 7f on the dirt, he ran unhurried in the 5th spot, swung out in the stretch to take over the lead at the 8th pole and won by 2 1/2 lengths. Prior to that he was 5th in the Hutcheson Stakes (GIII) on February 1st, 2014 after a four month layoff from breaking his maiden on October 24th, 2013 at Hawthorne going 6f and winning by 8 1/2 lengths. This will be Spots first try at two-turns and he just seems to keep on improving. He’s had four works since the win in the Swale, all at 4f and all have been in the :47. plus-change marks. His most recent was breezing 4f in 47.70 at Palm Meadows on March 22nd. Jose Lezcano who rode him in the Swale is in Dubai to ride Twilight Eclipse so it looks like Corey Lanerie gets the mount breaking from post # 8. 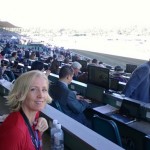 Kari, Lady and The Track’s in house handicapper, is stuck on Spot for the 2014 Florida Derby but says, “If Cairo Prince is on his game, the race is his.”

General a Rod has alternated being first or second in his last four starts, the last two at this track. He won the one-mile Gulfstream Park Derby on January 1st, 2014 by a head over Wildcat Red, whom he faces here again. Next out he lost by a head to Wildcat Red after dueling for the lead the entire race, in the Fountain of Youth (GII) on February 22, 2014. These two keep crossing paths and love to duke it out. General a Rod has raced on or near the lead in both of his Gulfstream Park races but he seems more flexible and the track has been playing to frontrunners. General a Rod has a race record of 4:2:2 with a recent work of 5f in 1:01.14, 7/25 on March 23, 2014. General a Rod breaks from post #6 with Rosario in the irons.

Kari’s Picks: If Cairo Prince is on his game, the race is his. He’s the class of this race and should be able to bring home the bacon as he needs the points. However, for some reason I’m stuck on Spot to possibly pull the upset here. In my opine, never count Nick Zito out of the Florida Derby. He has won the race three times with High Fly (2005), Ice Box (2010) and Dialed In (2011) and it’s been twenty years since he tasted victory in the Kentucky Derby with a win by Go For Gin in 1994. Spot has a nice pedigree to go longer and I thought his win in the Swale was pretty impressive for not changing leads and winning by 2 1/2 lengths. He could get a nice pace to close into, plus avoid traffic coming from the outside post. I think Spot is improving at the right time so I wouldn’t be surprised to see him nail a piece here and possibly get a post for the 2014 Kentucky Derby. General a Rod could turn it up a notch to steal the show if he doesn’t blow a lung and I think he will definitely be in the top three. From a wagering standpoint I’m just going across the board win/place/show with money on Spot. Run Spot run! Good luck to all of colts and their connections. Follow Kari @horseflynawall. 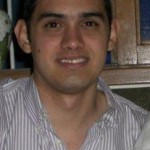 Our favorite guest handicapper Sigi likes Cairo prince, General A Rod, and Spot and will play an exacta 3/6,8.

Sigi’s Picks: Cairo Prince is the likely winner of the card. He’ll run the race of his life because he needs the points. Spot should be benefited by the expected pace duel and might catch the second place. The other horse that I like is General a Rod, if he’s able to rate, his chances increase. So my play there is an exacta 3/6,8. You can follow Sigi Mendoza on twitter @sigimendoza.

Related Links:
What to wear to the Florida Derby
Kentucky Derby/Oaks Prep Schedule 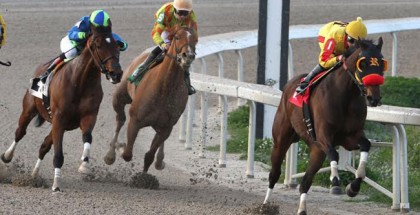 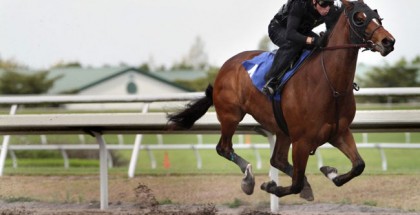 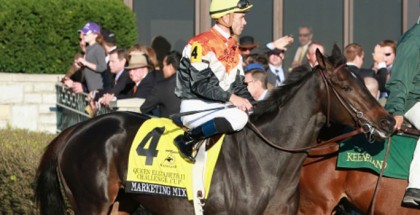