Close Hatches Wins Azeri Stakes Impressively: Close Hatches and jockey Joel Rosario made an amazing comeback today in the 2014 GII Azeri Stakes at Oaklawn Park running the race in the lead from gate to wire. The dynamic duo finished the 1 1/16 mile Azeri Stakes in 1:44.34 in front of longshot Magic Union by 1 ¼ lengths for trainer Bill Mott. 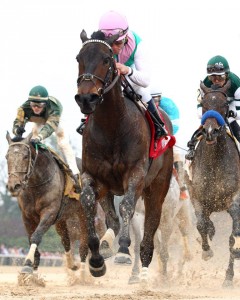 After Close Hatches won the 2014 Azeri Stakes at Oaklawn Park trainer Bill Mott stated, “She got away well enough, made the lead and then hung on when they tried to run her down and was good enough to win. It was a very good race for her first start of the year, and she was good enough to win after being off for a few months. I wasn’t concerned about the track being wet fast. She’s a pretty handy filly and I felt like she could handle just about anything. She has the pedigree that indicates that a wet track wouldn’t bother her. We are very pleased with the way she came back from the long layoff and won a race of this caliber against a quality field. You always wonder no matter how much training you do if you had her ready. You never know first out, but she was good enough to get the job done. Coming back for the Apple Blossom in four weeks is a good possibility.”

Close Hatches’ jockey Joel Rosario said, “That was really nice. She pulled me to the front. The outside horse was the only other with speed and I was going faster than her. I was going to the front if she didn’t.”

Close Hatches has won six out of nine races throughout her career. Last out, the four-year-old filly finished 2nd to Beholder and jockey Gary Stevens in the 2013 Breeders’ Cup Distaff.

As one of Team Lady and The Track’s favorite horses of all time, we would like to congratulate Juddmonte Farms, trainer William Mott, jockey Joel Rosario, and the beautiful Close Hatches on their 2014 Azeri Stakes victory!

Hoppertunity is Redeemed With a Win at the 2014 Rebel Stakes 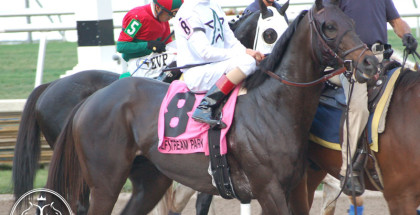 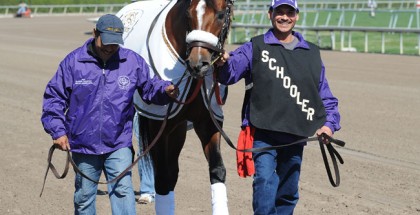 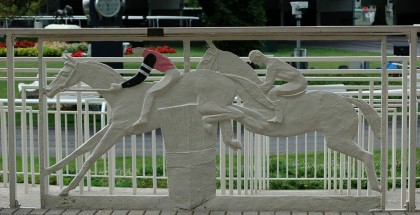 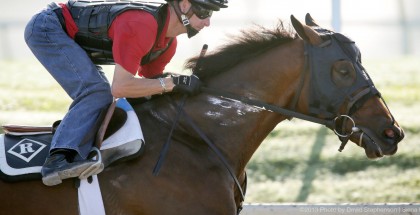