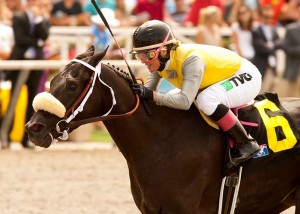 2013 (GI) Clement L. Hirsch Handicap; “Win and You’re In” for the Ladies’ Breeders’ Cup Classic: The Clement L. Hirsch Handicap is a (GI) race for fillies and mares, 3 years-old and up who are ready to run the 1 1/16 mile distance on the polytrack oval at Del Mar in balmy Del Mar, California with a purse of $300,000. The race is set for Saturday, August 3, 2013. Originally it was called the Chula Vista Handicap in 1937 and was won that year by a 2 year-old filly owned by Bing Crosby. They renamed the race in 2000 after Clement L. Hirsch who was a Newport Beach California businessman and was responsible for the creation of the Oak Tree Racing Association. His horse Magical Maiden won this race in 1993 with Gary Stevens in the irons. The world class mare Zenyatta won the Clement L. Hirsch three years in a row 2008 to 2010. This race is a “Win and You’re In” for the Breeders’ Cup Ladies’ Classic.

The 4 year-old filly Byrama is ready to roll here in the 2013 Clement L. Hirsch Handicap and is my favorite here as she was one of my picks in the A Gleam Handicap at Hollywood Park on July 13, 2013 where she came in third that day to Book Review and Teddy’s Promise. Byrama, a former turf sprinter also recently won the (GI) Vanity Handicap on Saturday June 16th at Befair Hollywood Park, which so far is the longest race of her career. She’s a 4-year-old British-bred filly by Byron and trained by Simon Callaghan. She was second in the Grade 3 Providencia Stakes over 1 1/8 miles on turf at Santa Anita in April 2012, her only other start at the distance. In the Vanity, Byrama closed from third in a field of six to win by 3 1/2 lengths. She has won 5 of 19 career starts and for total earnings of $484,750. Her connections are going to keep her at longer distances this year as she seems to be improving in them. Byrama breaks from post #2 with Gary Stevens up again.

The likely favorite in the Clement L. Hirsch and the one to beat is the 5 year-old mare Include Me Out. She is the defending champion from last year who finished third in the 2012 Breeders’ Cup Ladies’ Classic behind the winner Royal Delta. The Jay Em Ess Stable’s daughter of Include has kept a very light racing schedule this year. She has raced once in the 6F Desert Stormer on June 16th at Befair Hollywood Park, where she won. She had a long racing career last year so her connections gave her a six month rest with the ultimate goal being the Breeders’ Cup Ladies’ Classic. She is breaking from post #9 and has Joe Talamo up again in the irons.

The intriguing horse for me is the 4 year-old Kitten’s Joy filly Sisterhood who is trained by Wesley Ward and breaks from post #4 with Victor Espinoza up. Her last two races were the Doubledogdare (GIII) at Keenland and the Arlington Million (GIII) at Arlington Park where she finished second in both. She seems to be a polytrack guru so I like her in this race a lot.

The 2013 Clement L. Hirsch Handicap looks wide-open to me as there are quite a number of fantastic fillies in here ready to make a leap up to the Breeders’ Cup Ladies’ Classic. I think Include Me Out may get a nice tune-up here as she’s so lightly raced so I’m not sold on her winning here and from the 9 post. My top three are Byrama and Sisterhood with Include Me Out to pick up a piece. For a longshot, I like the Brazilian beauty Great Hot who was essentially eased in her last race in the (GI) Santa Margarita on March 16th 2013 and this is her first race since. She gets Chantal Sutherland-Kruse for the ride and it will be interesting to see what this duo can pull off. 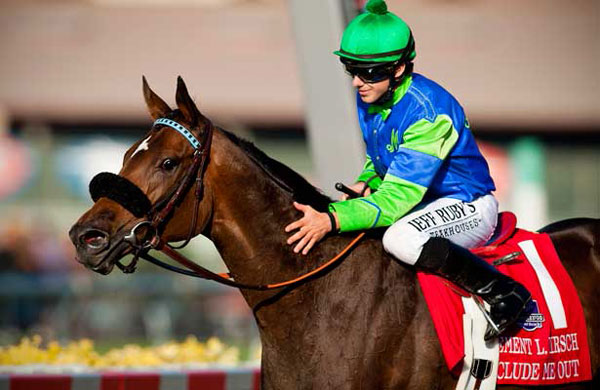 Include Me Out and Joe Talamo will break from post position #9 in the Clement L. Hirsch Handicap at Del Mar on Saturday, Aug. 3, 2013. 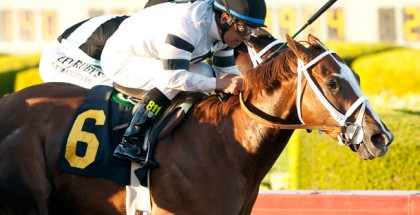 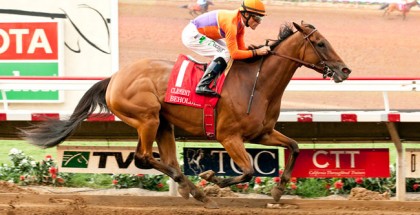