What’s In A Name: Thanksgiving Edition 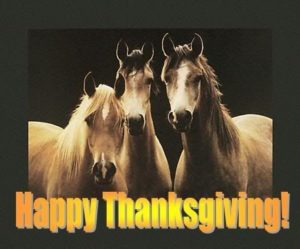 Since The Jockey Club started registering Thoroughbreds in 1894 and maintaining records through the American Stud Book two years later, fifteen horses have been registered with the name Thanksgiving, several of which were bred in foreign countries like Australia, Germany, Ireland, New Zealand and Jamaica. There’s also one registered Quarter Horse who shares the name.

The most famous Thanksgiving was the 1938 Travers Stakes winner, who was trained by Mary Hirsch, the daughter of eventual Hall of Famer Max Hirsch and the first woman in the country licensed as a Thoroughbred trainer. The son of Bud Lerner was owned by socialite and politician’s wife Anne Corning and was reported to have survived a lightning strike as a 2-year-old before going on to a successful racing career. This Thanksgiving raced 32 times and amassed a record of 8-5-4, $60,080.

Another Thanksgiving pulled from The Jockey Club archives was a Maryland-bred daughter of Waquoit, foaled in 1990. Prestonwood Farm owned her, she was trained by Patrick Byrne and Willie Martinez is listed as her last rider. She won three of her nine starts for earnings of $22,000.

A whopping 40 horses have carried the moniker Pilgrim, many of which were foaled in foreign countries like Mexico, Belize, Chile, Australia, Jamaica, France, Venzeuela and, ironically, Turkey. The most successful Pilgrim has a turf race at Belmont Park for 2-year-olds named for him. Foaled in 1917 and owned by former Belmont owner and Hialeah Park founder Joseph Widener, Pilgrim won a number of stakes, including the 1919 Remsen Stakes.

There was also a 1979 Pilgrim, who was bred in Kentucky by Canadian businessman/philanthropist and breeder E.P. Taylor. The son of Northern Dancer—Fleur, Victoria Park, a full brother to both The Minstrel and Far North, was sold to the British Bloodstock Association for a whopping $1.2 million as a Keeneland July yearling in 1990. He raced five times in Europe and won three, including two stakes, and died in 2006 after standing a few seasons at stud at Allen Paulson’s Brookside Farms in Versailles, Kentucky.

Five Pumpkin Pies grace the pages of the Stud Book, including one from Australia and another from New Zealand. Also one Quarter Horse.

Paul Mellon of the famed Rokeby Stable bred a 1972 Pumpkin Pie and the gelded son of Round Table amassed a career line of 49-8-6-12, $43,430. The California-bred Pumpkin Pie, a daughter of Decarchy, was foaled in the Golden State in 2009 and raced 16 times in her career, picking up up three wins, two seconds and three thirds for earnings of $45,170.

Not surprisingly, celebrity chef and Breeders’ Cup ambassador Bobby Flay owned one of the six registered with the name Sweet Potato. Bloodstock agent Bob Feld paid $60,000 for the daughter of Pulpit at the Barretts March 2-year-old in training sale in 2012 and she failed to break her maiden in nine career starts.

There have also been four Thoroughbreds named Cranberry Sauce, two named Mashed Potatoes and 12 named Plymouth Rock, including the Coolmore-bred son of Starspangledbanner, who is still running in Europe as a 4-year-old this year, and a newly turned 3-year-old competing in Australia. Only three have been named Turkey so far and none since a Japanese-bred daughter of Sinndar in 2003.

May everyone have a safe and healthy holiday. Happy Thanksgiving from all of us at Lady and the Track! 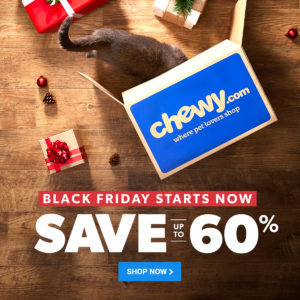 Save up to 60% on Chewy’s Black Friday Deals. Savings start now! CLICK FOR SAVINGS!

What’s In A Name: Christmas/Hanukkah Edition 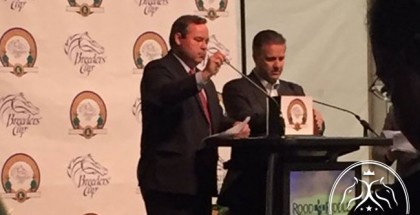 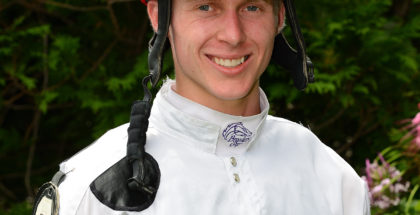 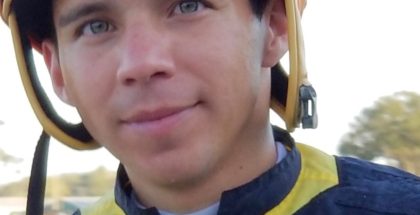