Belmont Park Picks and Plays July 11, 2015: This weekend, Belmont Park is only offering one non-graded stakes, but all eyes will be focused on Wicked Strong’s first attempt on the turf as it will be interesting to see how he handles it. The others are common races but are wide open, making them nice opportunities to collect some money. This weekend, we’re analyzing the Belmont Park full card and suggesting two Pick 3s. For those more daring bettors, try the early or late Pick 4. 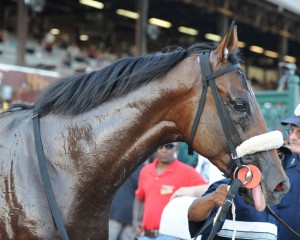 Fan-favorite Wicked Strong is back at Belmont to try his luck on the turf in the one-mile Forbidden Apple on Saturday, July 11, 2015. Photo: Coglianese/NYRA

Race #1: 5, 1, 6
The first-time starter D’funnything posted a fast workout over the Belmont training track, which means this horse has the early speed to wire this field. Uno Emayo looked a bit green in his last start; however, he was able to finish third. He is the only horse with race experience in this field, and that is always a huge advantage. No Entiendo has not shown anything special, but his trainer Rudy Rodriguez usually does very well with two-year-old horses.

Race #2: 2, 7
Tap It Out is doing very well at this level, and she just needs a clean trip to win this race. I’m trying to beat her with Sweet Corine, a full sibling to El Padrino. I know she failed in her first attempt on the grass, but she has the pedigree to handle it. I’m expecting a bounce back here and probably a victory at nice odds.

Race #3: 6
Bow Tie Boss has been facing very tough horses like Daredevil and Tommy Macho, among others. He will offer a short price, but he should win this race handily. His speed figures are way better than the rest of the field’s, so I’m using him as a single.

Race #4: 11, 10
Even though Banana Thief was bumped at the start, he was able to close and finish just two lengths behind the winner. He has the tactical speed to stay near the lead and make his move in the stretch. Disco Partner did very well in his first try on the turf, and his final workout suggests he’s ready to roll.

Race #5: 5, 9, 8
These cheap claiming races are always tricky. Ocean Boulevard is running very well at this level and could win this race with a bit of luck. Darling Bridezilla is dropping to a level at which she has won before. Also, her trainer has a nice winning percentage in the second race after claiming a horse. Colonel Juanita is the most well-prepared filly in the the field and should be the favorite of the race, but it’s difficult for this kind of horse to win two races in a row.

Race #6: 1, 8, 11
I’m drawing a line through Hushhushmushmush’s last race because the 1-1/8 miles looked a bit too long for her. Now, she’s cutting back to one mile, and she will appreciate that a lot. Tom’s Vision has been improving lately and now looks ready to win. My Friend Keith should be the favorite again, but it seems he suffers from seconditis.

Race #7: 6, 7, 2
African Fighter failed badly in his first attempt on the turf, so that’s why he’s returning to dirt. I’m expecting a strong effort and, with a bit of luck, a victory from this horse. Northern Call is dropping in class and is likely to set the pace here. He’s also returning to dirt after a flop on the grass. Humbolt Street has a nice workout coming into this race and is switching to jockey Angel Cruz, an absolute sign of confidence.

Race #8: 2
In this race, I’m using a risky single. Indebted is a horse who likes the distance and could take advantage of a fast pace. This time he’s switching to Joel Rosario, a jockey who has been hot lately. If the pace collapses, he’s going to win this race.

Race #9: 4, 6
Forbidden Apple Stakes
Vyjack should have won his last race, but he ran wide and lost some ground. With a better trip, he should be very tough to beat. He is literally flying in the mornings, indicating he’s ready to roll. Wicked Strong is trying the turf for the first time, and he has the pedigree to handle it. He keeps working like a freak, including a nice five-furlong move in 1:00 (d) on the turf. If Wicked Strong can really handle the turf, he’s the likely winner of this race.

Race #10: 10, 6, 2
In the finale, I’m giving the slight edge to Puparee, a filly who is moving up in class and won last time out with a nice performance. Welcome Speech is always in the mix, and she has high speed figures. If she can replicate her last race, she can win this one. The longshot in this race is Brockolini, a filly who is improving with each race. She likes the turf, so I’m expecting a big effort.

A Day in the Life of a Thoroughbred Groom 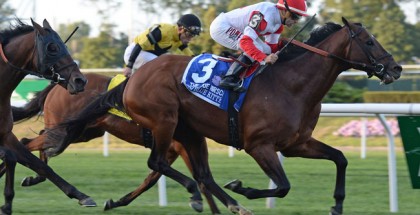 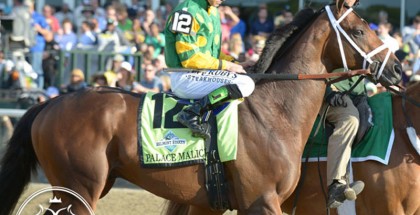 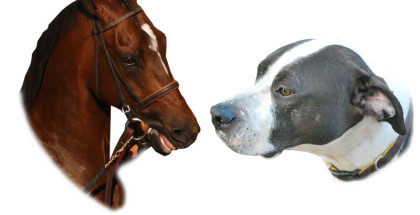