Protonico (Giant’s Causeway – Alpha Spirit, by A. P. Indy) seems to have bounced back quite well following his unfinished run in February Grade I Donn Handicap in winning Keeneland’s Ben Ali Stakes by five lengths. The four-year-old dark bay or brown colt is already a multiple graded stakes winner, taking the Smarty Jones Stakes (GIII) and the Discovery Handicap (GIII) while placing in the Clark Handicap (GI) as a three-year-old. In his last attempt in the Donn, Protonico ran wide and weakened so badly that jockey Joe Bravo eased him down the homestretch. However, in today’s Ben Ali, the colt led throughout the entire race and only widened the distance between himself and runner-up Neck ‘n Neck.
Ben Ali Stakes 2015 Replay:

Masochistic (Sought After – Trotinette, by Unusual Heat) looks to be a solid sprinting prospect for the upcoming year after his win in the Santa Anita’s Kona Gold Stakes (GII). The bay five-year-old gelding has a solid record of five victories in seven starts, most of which came in allowance optional claiming events save his win last September in the Los Alamitos Mile Stakes. Masochistic battled with San Onofre for the lead at the beginning of the race, and that rival would not easily back down. Ultimately, Masochistic had his worthy rival measured, and the gelding prevailed by a three-quarter length margin.
Kona Gold Stakes 2015 Replay:

House Rules (Distorted Humor – Teamgeist, by Mutakddim) got back to winning in the Top Flight Handicap (GIII) at Aqueduct after finishing a distant second in last month’s Royal Delta Stakes (GII) to Sheer Drama. Before that loss, House Rules had claimed two victories this year in the Bal Harbour Handicap and the Rampart Stakes (GIII), and as a three-year-old she actually ran well enough to finish second in both the Davona Dale Stakes (GII) and the Gulfstream Oaks (GII). The dark bay four-year-old filly easily stalked the leaders in fourth for the majority of the race, and in the homestretch she moved quickly enough to beat Before You Know It by half a length with Shayjolie a head back in third.
Top Flight Handicap 2015 Replay:

Proving he was not simply a wet track runner, Race Day (Tapit – Rebalite, by More Than Ready) demolished his cohorts in the Oaklawn Handicap (GII). In his last race at Oaklawn, the four-year-old gray colt ran in the Razorback Handicap (GIII) and tested his mettle against Midnight Hawk down the homestretch to win by a hard-fought for neck. In his first Grade II victory and trainer Todd Pletcher’s second Oaklawn Handicap title, Race Day took the lead at the quarter-pole while being tracked by runner-up Carve and easily held it to win by 3-3/4 lengths. Following the race, jubilant owner Matt Schera said Race Day will likely target the Met Mile as his next race.
Oaklawn Handicap 2015 Replay:

Ball Dancing (Exchange Rate – Ball Gown, by Silver Hawk) went off as the overwhelming favorite in Keeneland’s Jenny Wiley Stakes (GI) over the turf, and she did not disappoint her many backers. A four-year-old dark bay filly, Ball Dancing was raced fairly successfully in Europe before moving to the United States under trainer Chad Brown’s watch. Since she’s been running over the American turf, she has achieved a win in the Sands Point Stakes (GII) and finished second in both the Queen Elizabeth II Challenge Cup Stakes (GI) and the Hillsborough Stakes (GIII). In the Jenny Wiley, the talented turf-running filly was a bit unwilling to settle in a stalking position under Javier Castellano, and when she was allowed to run, she took over with a three-wide pursuit to clear the rest of the field by 2-1/2 lengths.
Jenny Wiley Stakes 2015 Replay:

He may not be heading to Louisville for a start in the Kentucky Derby, but Divining Rod (Tapit – Precious Kitten, by Catienus) ran well enough in the Coolmore Lexington Stakes (GIII) to stamp himself as one to watch. The colt only raced four times prior to this big race, winning only his maiden but running second in the Sam F. Davis Stakes (GIII) and third in the Tampa Bay Derby (GII). In the Lexington, Divining Rod tracked the pace off the rail before moving four-wide on his way to a three-length victory.
Coolmore Lexington Stakes 2015 Replay:

The reigning Champion Two-Year-Old Male American Pharoah undoubtedly stamped himself as one of the favorites for the May 2 Kentucky Derby in blowing away his seven rivals in the good time of 1:48.52, and he now owns 160 points towards the Kentucky Derby, placing him in fourth behind International Star, Dortmund, and Carpe Diem. (SEE FULL STORY)
Arkansas Derby 2015 Replay: 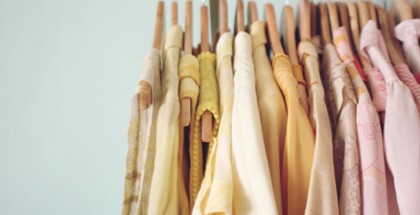 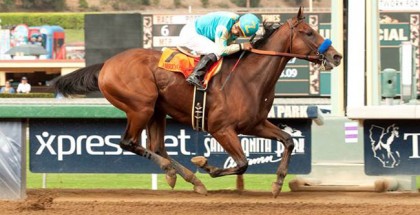