Seduire Leads From Start To Finish in Santa Ynez: Front-runner Seduire went for the lead early and ran away victoriously in the G2 Santa Ynez S. at Santa Anita Park on Saturday, January 3, 2015, much to the delight of bettors hoping for such a scenario. 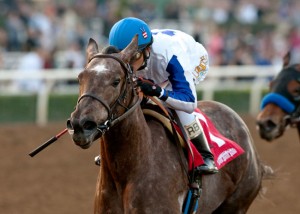 In each of Seduire’s prior victories, she led from start to finish. Even in her recent losses, the Elusive Quality filly dueled hard for the lead for as long as possible. With speculation over a “good” rail rising after some longshot winners on the card, some bettors drifted to Seduire hoping for speed.

Jockey Rafael Bejarano, despite not being fond of the rail, guided her to the front.

According to the press release, Bejarano said, “Seduire broke sharp from the gate. I was hoping she would because she likes to be on the lead and I had a bad post (rail). She broke well so I took advantage.”

Xoxo tracked Seduire in second throughout the first half, while Light the City and Lady Lake ran outside those two just behind. Meanwhile, the Bob Baffert trained Callback saved ground. After the turn, Seduire went on with the lead and Xoxo chased with no progress made on the outside. Jockey Martin Garcia switched Callback to the outside of Seduire hoping for a better rally, but Seduire prevailed. Xoxo finished a tiring third and Lady Lake gained position for fourth. Only Light the City failed to keep running on out of the leading group.

Speed horses dominated the Santa Ynez as the closers made no dent at any point. Rattataptap, coming off a win over the promising maiden winner Popover, broke slowly and never threatened.

“I gave her a chance to get comfortable and she just didn’t,” Smith said. I tried to make her go a little bit after that but the more uncomfortable she got, I just said ‘You know, let’s just pull her up, get her back to the barn safe and we’ll figure it out later.'”

“She got lucky and got away smoothly. I think the fractions were pretty decent,” Hollendorfer explained. “We might stretch her out around two turns. I take them one a time.”

With this first step, she earned 10 qualifying points for the Kentucky Oaks. 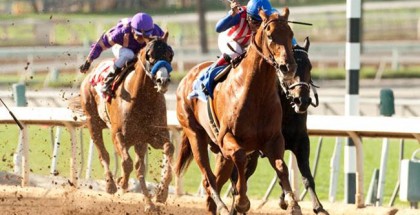 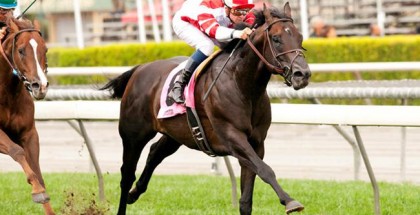