The late pick 4 starts with the always tough downhill turf over 6 ½ furlongs. The key to this race is to pick those horses with good experience in the downhill and take into account that the inside post have poor winning percentage. Recently, Underhill Drive was slow at the start and had some troubles in her trip, but was able to finish third just one length behind the winner. Cacica DuLima broke her maiden in the downhill at Santa Anita. She then stretched out to a mile, stalked the pace, and looked like the winner in the stretch, but she weakened in the last furlong and finished 6th just 1 ½ lengths behind the winner. Looks like she will appreciate the 6 ½ furlongs. Q’viva has great race experience in the downhill and Rafael Bejarano stays in the saddle.

The Santa Ynez Stakes G2 is a wide open race because at this time of the year the fillies are improving each and every day. Seduire’s victory in the Golden Gate Debutante Stakes was amazing, but this time she’s facing a stronger field. If she breaks well, she will be in the mix. Light the City was the 2-year-old dominant, until November 16, 2014 when she lost in a short field. This time she can run more relaxed and take advantage of hot pace. Conquest Harlanate was doing great at Woodbine in Canada, but didn’t fire in the Breeders’ Cup Juvenile Turf. Now her connections are tying the dirt, a surface that according to her pedigree she would be able to handle. Rattataptap broke her maiden in Del Mar winning by a nose but she’s expected to improve in the Santa Ynez.

Big Bane Theory’s workouts speak for themselves, he’s in good shape and ready to roll. He also loves the Santa Anita track, since he has 4 wins in 6 starts. Joe Talamo knows him very well, and if the horse get a clean trip, will be very tough to beat. I’m using him as a single. It’s a risky single, but I’m taking the risk!

The finale is a maiden claiming $20,000 and is a nice race to find a longshot. Ruby N Diamond was off slow at the start and ran wide in all her races. Despite the troubles she was able to finish third. Profit Move is a first time starter with good workouts. Her last workout from the gate was really speedy, so she could try to wire this field. She doesn’t need to be a superstar to win this race. Here Comes Bobbie is always in the mix and this time with a bit of luck, she can win offering good value. 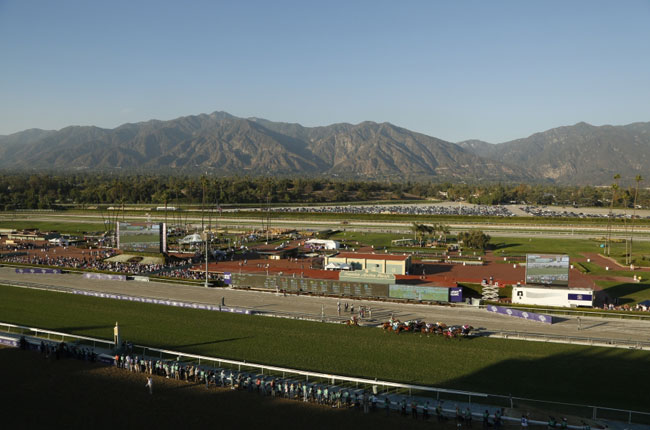