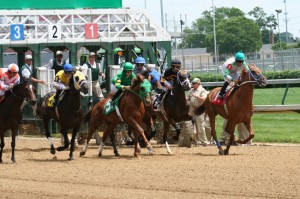 Terrific Treasure, a three-year-old filly sired by Street Cry out of Treasure Trail, broke her maiden in a sprint on Saturday, December 13, 2014 at Turfway Park.

In the race, the well-bred filly ran up close to the pace, moved on the far turn with the leader Middletown Gal, and slowly inched clear under heavy urging. This win came after six prior losses.

One of those losses came at Churchill Downs and resulted in a DNF designation, with the chart noting she pulled up lame. Other losses came in a polytrack race at Keeneland, three different races at Ellis Park (with two of them on turf and one on dirt), and a dirt sprint at Indiana Downs where she showed some life dueling for the lead and finishing second.

For those unfamiliar with Zenyatta, she captured the hearts of racing fans with an amazing streak lasting 19 races and spanning three straight Champion Older Mare Eclipse Awards from 2008 to 2010, and one Horse of the Year title. Most of the wins came on synthetic surfaces such as polytrack. But, not even a stunning loss to Blame on dirt in the 2010 Breeders’ Cup Classic made her fans any less enthusiastic.

Zenyatta’s younger half-sister Eblouissante attracted an unusual amount of attention as well throughout her career, while Zenyatta’s other relatives, such as the offspring of her siblings including Terrific Treasure, have generally been followed closely by fans on various forums.

In addition, Zenyatta’s own two-year-old son sired by Bernardini, Cozmic One, boasts a significant fanbase already for an unraced horse. His pending career debut is highly anticipated, as the racebook at Wynn Hotel and Casino in Las Vegas offers 60/1 odds on his Kentucky Derby chances.

In 2013, Darley reported Treasure Trail as bred back to Street Cry. Street Cry passed away in September due to complications from a neurological condition.

A poster on Zenyatta.com claims the mating resulted in a full sister to Terrific Treasure born last March. 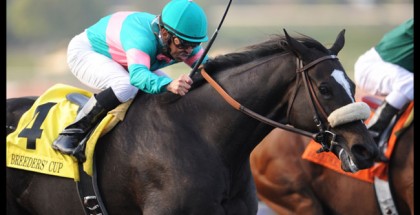 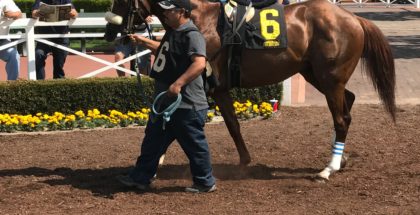 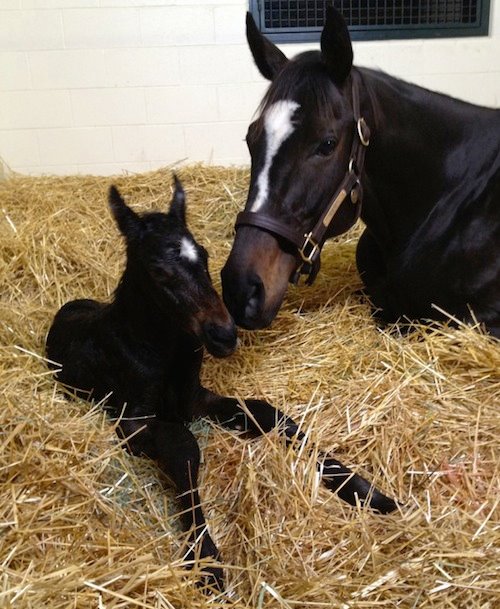 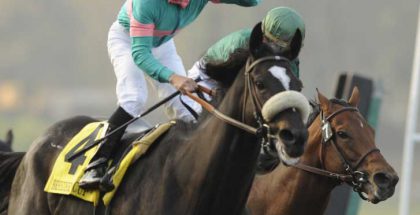