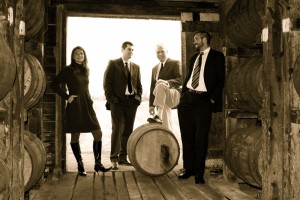 Make sure you plan to take a bourbon tour or try your own bourbon crawl while in Louisville for the Kentucky Derby and Kentucky Oaks.
Photo: kentuckybourbonwhiskey.com

You can do a tour of some of Kentucky’s most famous distilleries the same week you travel to the Kentucky Derby. Try Kentucky Bourbon Distillery Tours to take a tour of one of many distilleries in the area such as the famous Jim Beam or Maker’s Mark. Also try out Kentucky Bourbon Trail as another option to plan a great bourbon tour experience.

If you’d rather do things on your own and check out local bourbon through local establishments, the Louisville has plenty to offer. Try out a hidden gem that is a little way away from the tourist attractions, Jack’s Lounge. They are famous for Bourbon Cocktails and the place attracts a more upscale crowd. Bourbon’s Bistro is another great option. There are more than 130 bourbons to be offered, including rare and limited edition reserves. Also try out Down One Bourbon Bar, which is located in downtown Louisville. This bar has a laid back vibe and 100 plus Bourbons to sample. For a fun throwback experience check out Old Seelbach Bar, which is located in a hotel that F. Scott Fitzgerald used for inspiration in The Great Gatsby or The Brown Hotel Bar, which is also a throwback to the roaring 20’s. Haymarket Whiskey Bar is also a throwback, but not to the 1920’s but to the 80’s with Star Wars figures and vintage video games. For great bourbon and entertainment try out the Silver Dollar. The Silver Dollar features country music and more than 100 Bourbons to boast, along with classic Southern cuisine.

One thing is for sure, whether you choose to go at it yourself or take an official tour or a little bit of both, you won’t be disappointed by all the homegrown Bourbon that Louisville has to offer.

Related Links:
Dine Big in Louisville
Where to Drink Juleps